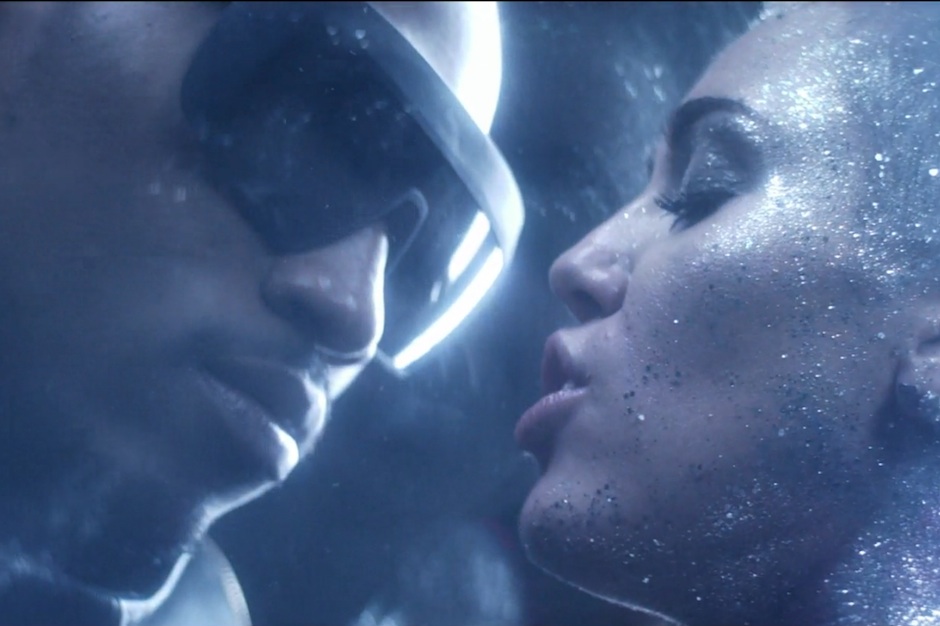 Outer space has been a constant backdrop to Future’s AutoTune-gargled rap-soul, to the point the Pluto artist could alternately be described as an android, an alien, or an astronaut. The lines are similarly blurred in the video for his Miley Cyrus collaboration “Real and True,” which plays off of the ballad’s space-themed lyrics. Hook-slinger Mr. Hudson wears an astronaut’s helmet. Future pilots a spacecraft, but he’s sporting shades. They rescue a spacesuit-wearing figure who turns out to be the Bangerz twerker, wearing silvery bodypaint that suggests she might be an alien. Directed by Rankin (Azealia Banks), the video has already made gossip headlines for Cyrus’ apparent nudity — yes, again — but at the very least it’s a stylish, thematically complementary video for a not-a-player slow dance that’s sincerely sweet.

Watch the video from the upcoming Honest below — or if that isn’t working, over at MTV — and buy the song on iTunes.