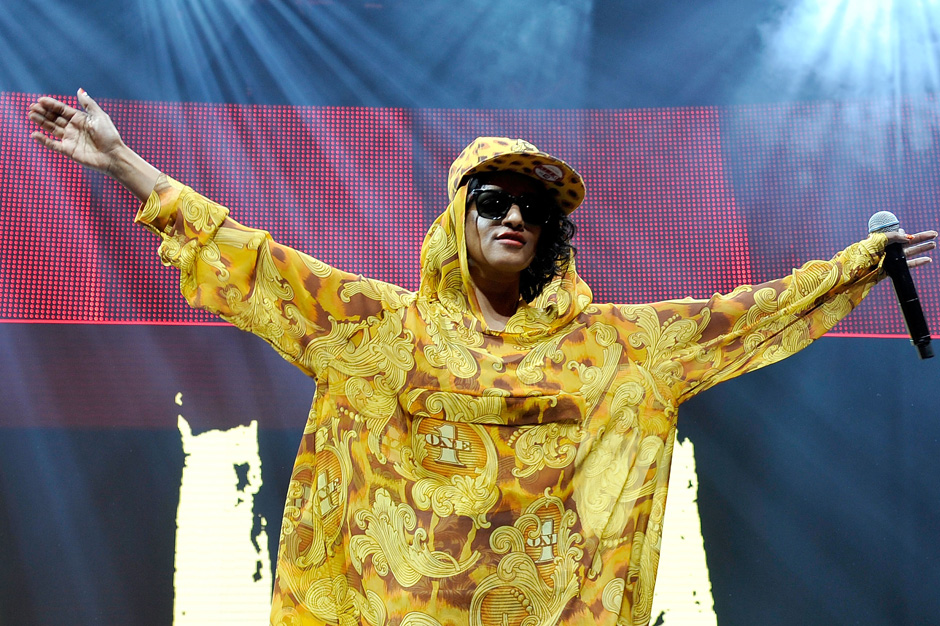 M.I.A.’s Matangi is streaming in full right now, days ahead of its formal release. The Sri Lankan singer-rapper’s drama-plagued fourth album doesn’t drop until November 5, but the artist born Maya Arulpragasam has put the whole 15-track LP online. So far, we’ve already heard a host of songs from the follow-up to 2010’s MAYA — “Y.A.L.A.,” “Come Walk With Me,” “Bring the Noize,” “Only 1 U,” “AtTENTion,” and “Bad Girls,” in addition to the near-identical “Sexodus” and “Exodus” — and now fans can feast on the entire platter. The official stream comes not long after the LP leaked.

In an interview with Fader, M.I.A. said the LP was inspired by research she did on Matangi, the Hindu goddess of music and learning. “[Matangi] was a gangster, she was from the hood, but she was a goddess and hangs out in the jungle,” M.I.A. said. “Loads of things about her weren’t like the roles in spirituality that we’re used to in the West, that you’re either a whore like Mary Magdalene, or a Virgin Mary and conceive a child without having sex. Those two roles were not an option for me. In Hinduism, they’ve got women who are into time-bending quantum physics… I became interested in all the multi-faceted ways a woman can exist, what the options for being a woman are.”

To finally hear all of Matangi, hit the play button below. If the stream below isn’t working properly, catch the album over at YouTube.