And: Did Pitbull and Ke$ha make the worst popular song of all time? 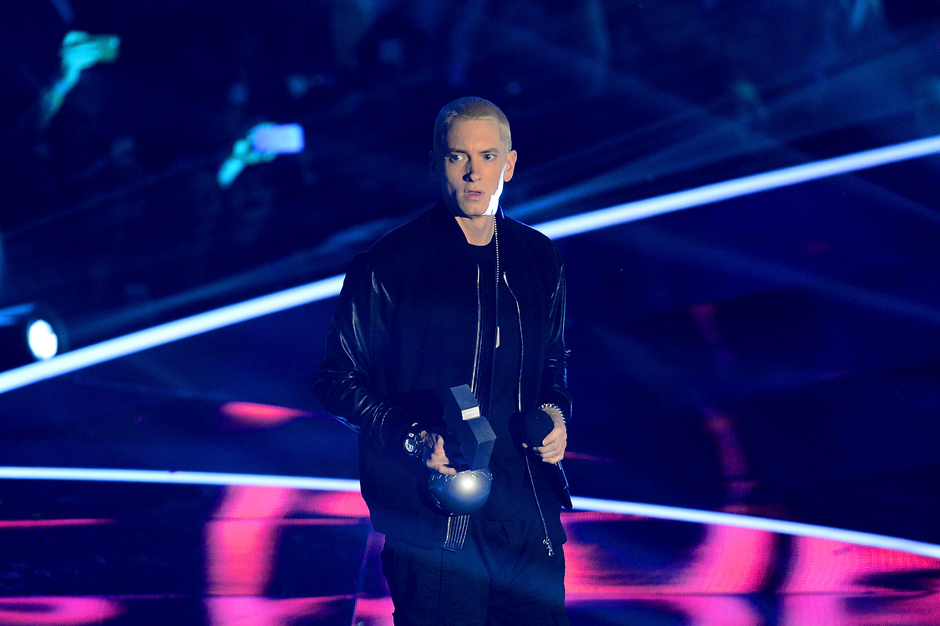 First! Blondes do have more fun! Eminem continues his winning streak — YouTube Music Awards, MTV EMA, SPIN’s The Marshall Mathers LP 2 review — by starting at No. 1 on the Billboard 200. The top of the albums chart is familiar territory for Slim Shady, who’s notched seven in a row now — all except his debut, 1999’s The Slim Shady LP. That dude from Portugal. The Man may not be a fan of sequels, but it seems that America is (duh). The Detroit rappin’ ass rapper’s rapper sold 792,000 copies of MMLP2, which is the second largest figure of the year (he is now the curdled mayonnaise in a Justin Timberlake/Drake sandwich) and also a bigger number than the combined digits of Nos. 2 through 32 this week. Perhaps he is a rap god after all.

2 to 10: While the 41-year-old MC sees his sales grow with his latest album, his ’90s pal Celine Dion is not so fortunate. Her Loved Me Back to Life debuts at No. 2, but sells only 77K — that’s a huge dip from 2007’s Taking Chances (214K) and the lowest number for her since 1993. Onto some … good (?) news though: Duck the Halls: A Robertson Family Christmas actually picks up 5 percent and rises a notch to No. 3 (73K). And how about this worst-ever debut from Avril Lavigne with, um, Avril Lavigne (44K). Maybe she should have called her album Katy Perry; the “Roar” star’s all-too-grown-up Prism sticks around at No. 4 (61K). Meanwhile, Kelly Clarkson’s holiday set Wrapped in Red comes down to No. 6 (43K), Drake’s Nothing Was the Same slides to No. 7 (37K), Lorde’s Pure Heroine holds onto the eighth slot (35K), and Arcade Fire’s Reflektor falls from a No. 1 debut to a No. 9 seat (31K). Last and totally least, the a cappella group Pentatonix closes us out with PTX: Vol. II, a.k.a. the-who-gives-a-fuck suite. But hey, 31K!

Hot Again: For the seventh week, Lorde’ “Royals” is the biggest song in the entire United States of America, handily justifying that $2.5 million publishing deal that the 17-year-old just supposedly signed. Of course, Songs Music Publishing won’t see any of that Pure Heroine dosh, but the little lady is at the start of a very promising, hopefully very lengthy career.

WTF Is This Shit: Did you guys know Pitbull and Ke$ha made a song together? And that: it’s terrible; revolves around a chopped-up harmonica solo on some Cotton-Eyed Joe ish; features the Floridian pop-rapper rhyming about a naked Miley Cyrus; highlights that Nashville party-lady’s, um, mastery of chorus-worthy cliches; has the worst lyric video of all time? Well, it is, and it does (and it’s the 10th best-seller on Digital Songs). See for yourself: