The Boss is back. Bruce Springsteen has revealed that his next album will be released on January 14 via Columbia. Dubbed High Hopes, the LP is Springsteen’s 18th studio effort and the follow-up to 2012’s Wrecking Ball. The record spans a total of 12 tracks, collecting original songs, covers, and new versions of older tunes.

“I was working on a record of some of our best unreleased material from the past decade when Tom Morello (sitting in for [Steven Van Zandt] during the Australian leg of our tour) suggested we ought to add ‘High Hopes’ to our live set,” Springsteen writes in the liner-notes for High Hopes. “Tom and his guitar became my muse, pushing the rest of this project to another level.”

Morello appears on eight of the album’s 12 songs, including a reworked version of 1995’s “The Ghost of Tom Joad,” in which he duets with Springsteen. High Hopes also packs in covers of tracks by Suicide (“Dream Baby Dream”) and Australian punks the Saints (“Just Like Fire Would”), as well as a studio version of “American Skin (41 Shots),” a song that so far has only been available as a live recording.

The upcoming album was recorded in a number of different locations — New Jersey (of course), Los Angeles, Atlanta, Australia, and New York City — and boasts production work by Brendan O’Brien and Ron Aniello, with some input from Springsteen himself. Longtime fans will likely be comforted to know that the late Clarence Clemons, who passed away in 2011, played on several of the full-length’s songs.

Stream the gruff, horn-enhanced title track from High Hopes above, and scroll down for the record’s track list and cover art. Head over to Springsteen’s official website to read his full liner-notes on the project. 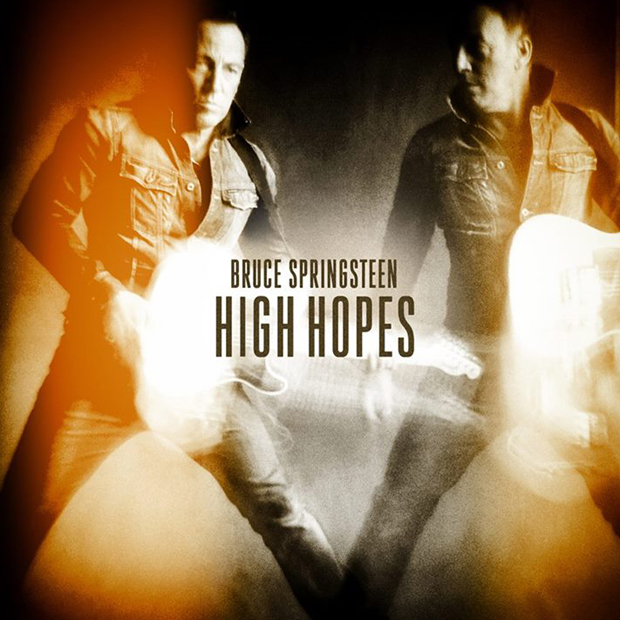