'Spears: The Gospel According to Britney' is exactly what it sounds like 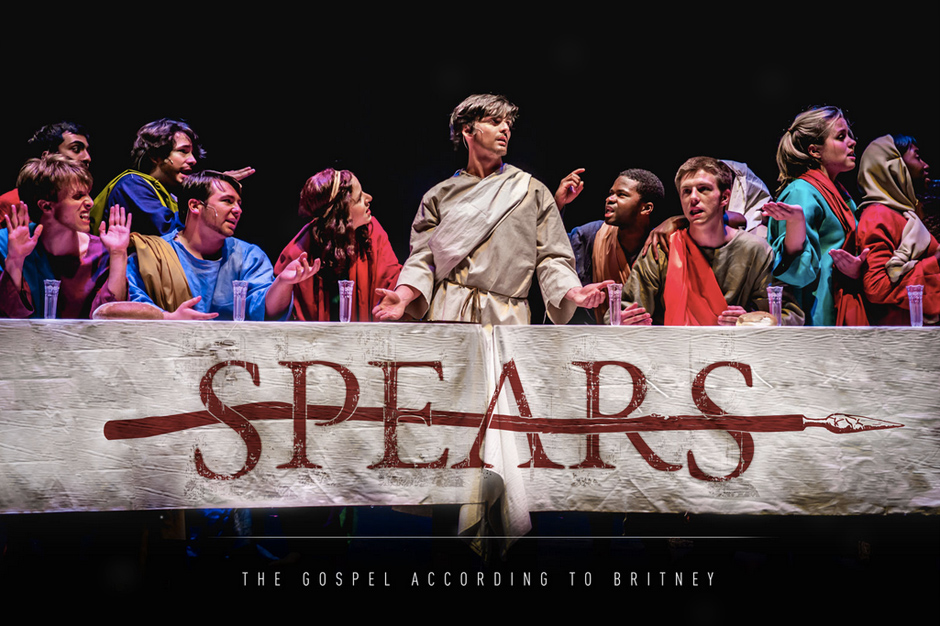 A new musical aims to portray the life, death, and resurrection of Jesus Christ using the music of Britney Spears. As a fundraising announcement for Spears: The Gospel According to Britney explains, “Not one word is spoken, and not one lyric is changed, technically making the musical an opera.” Two advance showings of the in-development production are taking place November 7 at New York’s Foxwoods Theatre, open for potential investors only.

Still, you might want to Gatsby your way into a ticket, because there are no shortage of reasons for the possible on-the-vine demise of Spears. Copywrite, for instance, as Brit songs confirmed for the show so far include “Stronger,” “…Baby One More Time,” and “(You Drive Me) Crazy.” Creator Patrick Blute, 23, to his credit seems pretty damned, er, blessedly serious about the whole endeavor.

“These are Britney’s lyrics. These are Jesus Christ’s images,” he writes on the musical’s website. “The Britney Spears you see is not Britney Spears. Remember that. The Jesus Christ you read is not Jesus Christ. These are manifestations. Accounts through the media, through the words of followers, of friends, of foes, of villains, of heroes, of liars, of biases. It’s a falsehood that people believe fame and fortune create happiness. That all ‘deaths’ receive a resurrection. I hope this project will show you otherwise through the power of listening and the power of forgiveness.”

Glad he cleared up any questions we might have there, specifically while driving home the point that Hell awaits those who worship false idols, put money before God, or buy into the 20th Century philosophy that all dogs go to Heaven. The press release for the thing promises Spears will “tug at the heartstrings of America’s lost twenty-somethings.” But also: “Is it the greatest story ever told to the greatest music ever written?”

Not sure about that, but may we suggest adding in a little Old Testament so that audience can be treated to a coupling of “Slave 4 U” and “Work Bitch”? In related news, the music of Britney Spears has also been used of late to scare off godless Somali pirates. Oh, and the pop star’s eight album Britney Jean is due out December 8 via RCA. Here’s hoping it includes more Blood Orange and Charli XCX than will.i.am. (Amen.)