"I'm definitely someone who likes to get my heart broke." 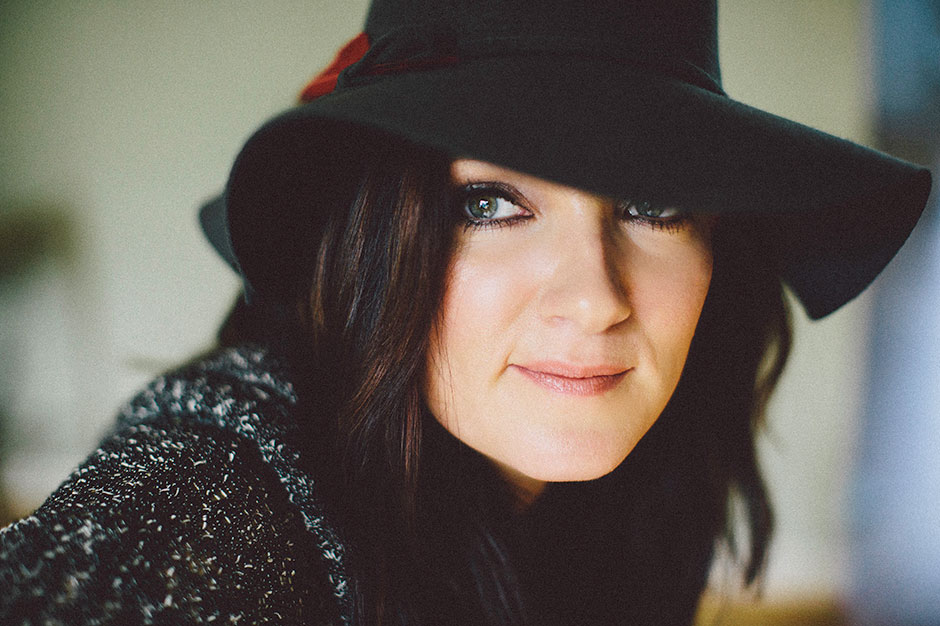 Who: Brandy Clark is a 10-plus-year veteran of the Nashville songwriting salt mines, with recent credits on wryly bleak jams from Reba McEntire (“The Day She Got Divorced”), the Band Perry (“Better Dig Two”), Nashville star Hayden Panetierre (“Boys and Buses”), and Miranda Lambert (deranged 2013 CMA’s Song of the Year nominee “Mama’s Broken Heart”). But this is her year, both in and out of the spotlight — first as a key co-writer on Kacey Musgraves’ taboo-flaunting March full-length Same Trailer Different Park, and now on her very own solo debut, 12 Stories, which revels luxuriously in her love for dark humor. “I feel like life is a dark comedy, so that’s what I try to put into my music,” Clark explains, cheerfully. Raising Arizona is one of her favorite movies, if that explains anything; a typical chorus: “This is how illegitimate children are born.”

The Dark Side of Small Towns: Modern pop-country is besotted with the alleged utopian purity of rural life: trucks, dirt roads, little white churches, angelic but tight-jeaned beauty queens, etc. But all the small-town pornographers have created a need for small-town horror auteurs. Kacey Musgraves’ beautifully dour dead-end lament “Merry Go Round” definitely “cracked the door open,” as Clark puts it, but 12 Stories kicks it down with sympathetic, gorgeous, classic-feeling odes to lotto obsession (“Pray to Jesus”), un-romanticized adultery (“What’ll Keep Me Out of Heaven”), broken homes (the reclaimed “The Day She Got Divorced”), and self-medication (startling highlight “Take a Little Pill”). Clark tried to sell that last one to various big stars for years: “It was one of those songs where everyone loved it, but it was too dark, or the subject matter was just too far, so, yeah,” she says now. “To me, it’s the centerpiece of the whole record, so I’m thankful that no one else cut it. It just fits.”

The Million-Heartbreak Quartet:“I’m definitely someone who likes to get my heart broke,” she says. “I can get a little addicted to that. And my life is pretty stable, so I have to find it elsewhere. I like to get into books and movies and, honestly, other people’s drama, I kind of feed off of that, because it does give me fodder for songs. And not just because it gives me fodder for songs — it’s just something I like, weirdly.” She’s got lots of company there this year. The best 2013 country records are by young solo female singer-songwriters reveling in various disasters, romantic and otherwise: Alongside Clark and Musgraves, Ashley Monroe’s Like a Rose and Caitlin Rose’s The Stand-In will clog year-end lists critical-heartland-wide. “I feel, with the women in Nashville, there’s a real team spirit there,” Clark says. “Just wanting to get our voices heard, and there’s no reason why we can’t all be heard.”

Trespassing as a Songwriting Strategy: 12 Stories’ funniest moment is the single, “Stripes,” a strutting bromide against a cheating lover. Clark wrote it with Matt Jenkins and industry star Shane McAnally during a writing retreat; seeking a quiet place to work, they broke the law themselves to pull it off. “It was too loud, so we decided to go down the road and find a park or whatever to write at,” she recalls. “But instead, we stopped at this house where no one was. The fence was locked, so we jumped over it. We’re sitting out on these people’s deck, completely trespassing, writing a song, and Matt and I were both very nervous that they were gonna come home: Every time a car would drive by, he would jump up and look around the corner. It became a little bit distracting, and at some point, he [jumped up again], and I said, ‘Oh, c’mon Matt, the worst that could happen is we’ll be wearing orange jumpsuits.’ And Shane said, ‘I’ve always wanted to write a song called ‘Orange,’ about a woman who wants to shoot her husband, but she doesn’t like the color orange. But nothing rhymes with it.’ And I said, ‘Yeah, but everything rhymes with stripes.’ And we were just off.”

Review: Brandy Clark Saved the Hits for Herself This Time on ‘Big Day in a Small Town’