With Drew Carey, Danny Brown, Marc Maron, and the guys from 'Pawn Stars' 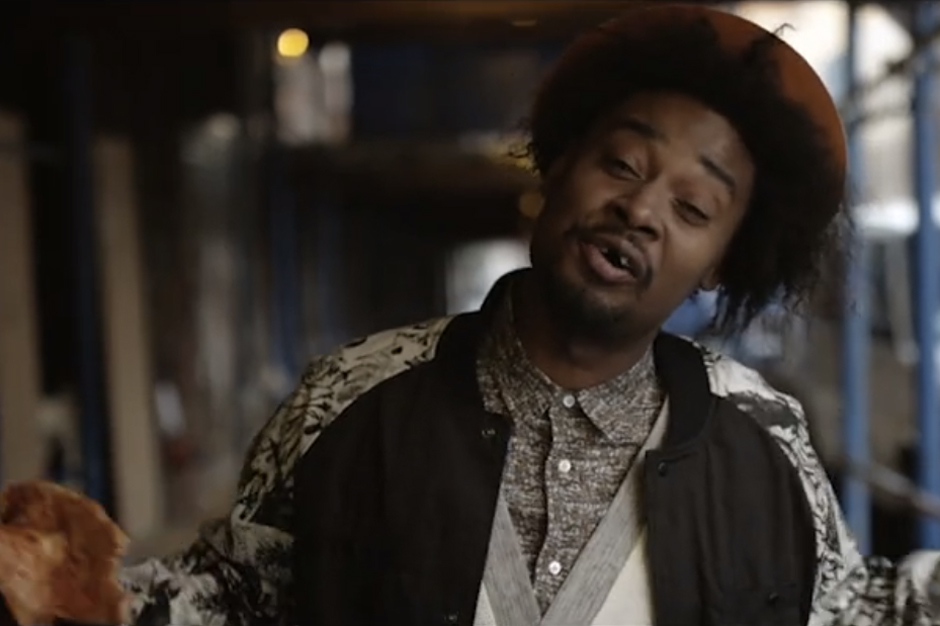 Bob Dylan broke ground in 1965 with one of the world’s first music videos — that card-flipping classic, “Subterranean Homesick Blues.” Now, at 72, the folk and rock legend is tied to another significant audio-visual feat: a highly ambitious, seamlessly executed interactive video for his 1965 classic “Like A Rolling Stone.” The new clip actually comprises 16 full-length shots (so far), and is presented as a television that allows you to flip channels, each of which features a lip-syncing cast.

On one channel, Danny Brown performs the song straight, wearing hats that could’ve been nabbed from Dylan’s closet. On another, WTF host Marc Maron and comic Ryan Singer chat, but their words are actually the song’s. Yet another includes the hosts of Pawn Stars, who discuss a vintage guitar while mouthing the lyrics. Drew Carey and the Price Is Right audience get in on the fun, too, as do some tennis players, various news folk, a chef, a cartoon cat, and many others.

Originally debuted by Mashable, this living tribute to channel-surfing also features a channel dubbed Music 1 Classics, wherein Dylan can be seen performing the song as a young man, shot by D. A. Pennebaker (who created the “Homesick” bit for his Don’t Look Back documentary). Yoni Bloch, CEO of the company who created the thing, told the site that his team at Interlude will continue to add channels. The full credits for the Vania Heymann-directed work are viewable here.

The interactive experience coincides with the arrival of the 47-CD box set, The Complete Album Collection Volume 1, available to order now through Columbia/Legacy. Now go and spend the rest of your day watching “Like a Rolling Stone” via Bob Dylan’s site.