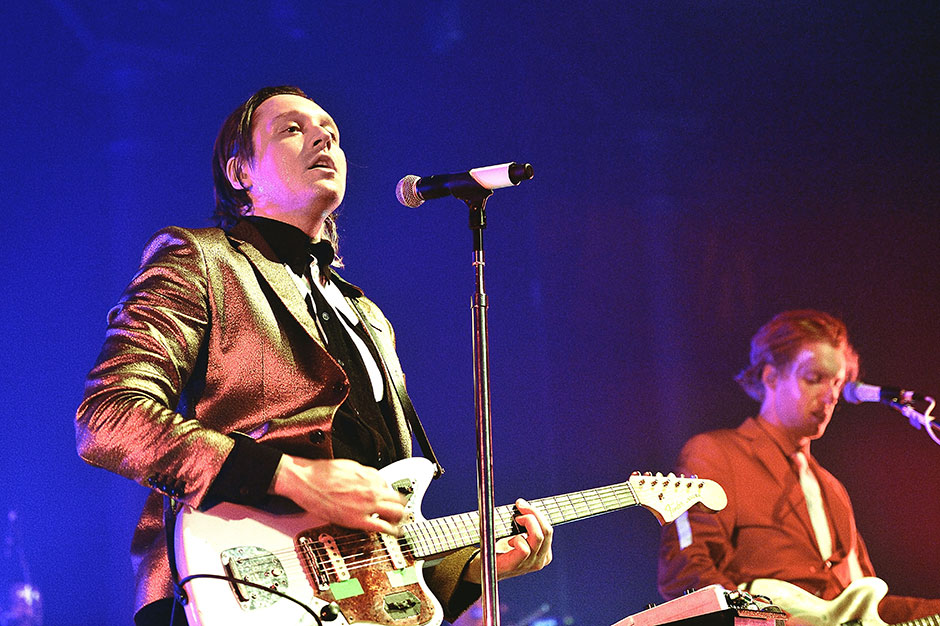 Before Arcade Fire revealed their tirelessly teased Reflektor album, the indie-rock giants played a series of small club shows under the guise of the Reflektors and asked fans to abide by a formal attire or costume dress code. Now, the Canadian six-piece have a full-scale North American arena tour planned for 2014, and they’re making the same demands.

As Stereogum points out, if you want to get into the KFC Yum! Center in Louisville, Kentucky to see Arcade Fire on March 6, heed this Ticketmaster disclaimer: “NIGHT OF SHOW: Please wear formal attire or costume.”

Understandably, there’s been a bit of backlash against AF for their black-tie ambitions. Slate notes that while other acts have imposed a dress code on crowds in the past — a la the “all-white” theme to LCD Soundsystem’s farewell show — those gigs tend to be noteworthy occasions, not a routine stop on the tour circuit.

“For most of us, formal attire is reserved for weddings or special nights out,” Slate writes. “Trying to force otherwise ordinary rock shows into the special category strikes me as presumptuous — an attempt to reinforce the band’s status as capital-A Artists.”

Months ago, Arcade Fire frontman Win Butler told the BBC that part of the reason the road to Reflektor was littered with trailers and graffiti-art campaigns was so that fans could all experience the album as “an event,” all at the same time, like when Michael Jackson’s “Thriller” music video debuted. But what good is a shared experience that isn’t comfortable because it’s so buttoned up? Well, as the NME reports, here’s what Butler had to say to a U.K. crowd earlier this month: “To anyone who felt uncomfortable dressing up — I’m not sorry… At least 70 percent of you are getting laid tonight… As long as you showered. That’s the secret, boys.”

To see if Arcade Fire’s live show is worth the wardrobe requirements, scroll down and watch the band’s recent “Afterlife” performance on German television show Circus Halligalli. Consult AF’s website for tour dates, and head over to Ticketmaster for details on various VIP Packages.