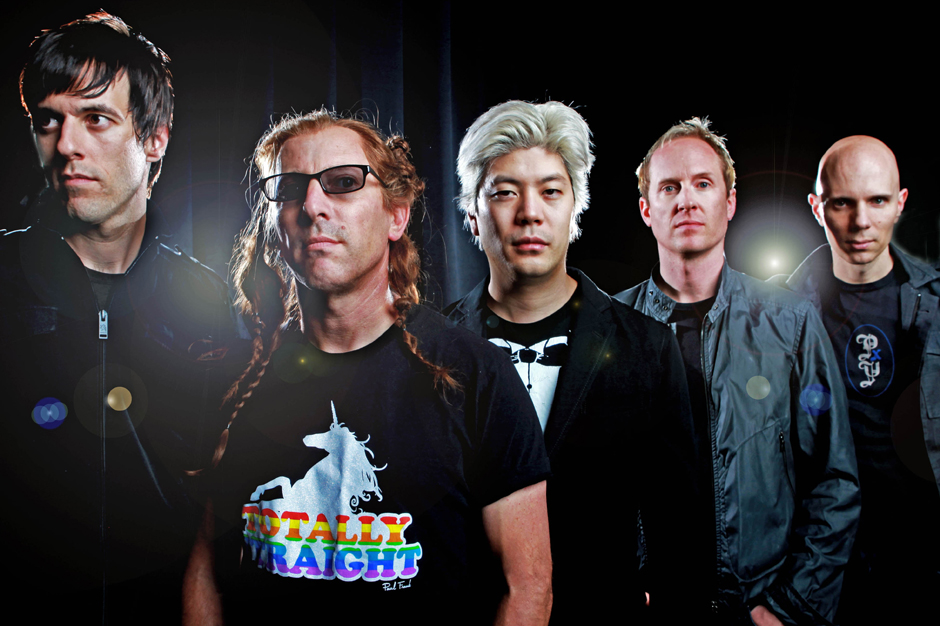 A Perfect Circle recently unleashed “By and Down,” their first new song in nine years. On November 26, the alt-metal unit will share another gift: the career-spanning box set, A Perfect Circle: Featuring Stone and Echo. As SPIN noted earlier this week, the comprehensive set includes the 20-track Stone and Echo live LP — recorded at the Red Rocks Amphitheatre outside Denver, Colorado on August 11, 2011 — in both album and DVD form, but the collection also comes with live versions of A Perfect Circle’s three studio albums: 2000’s Mer de Noms, 2003’s Thirteenth Step, and 2007’s eMOTIVe, all captured during the supergroup’s 2010 three-night run of full-album performances.

In advance of the fast-approaching retrospective, A Perfect Circle have shared an exclusive track that appears on the eMOTIVe Live full-length (now available for pre-order on iTunes). Scroll down to hear APC’s “Diary of a Madman/Lovesong,” a 15-minute mash-up (with stage banter) of Ozzy Osbourne’s “Diary of a Madman” and the Cure’s “Lovesong.”

A Perfect Circle also have a greatest hits set titled Three Sixty that’s available for purchase right now. Followers of Maynard James Keenan should also be on the lookout for the What Is… DVD, a new release from MJK’s Puscifer project that also drops on November 26. For a sneak peek of the DVD, which combines sketch comedy and performance footage, check out the “Toma” clip right here at SPIN. Oh, and stay tuned for any updates on Tool’s next album.