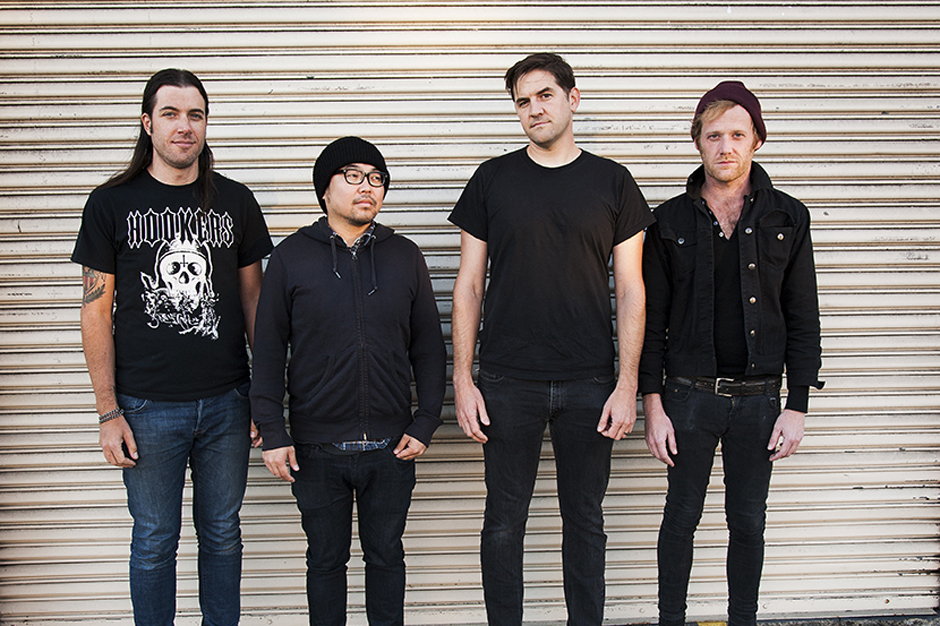 After years of silence, California punks Western Addiction are returning with Pines, their first release since their lone full-length album, 2005’s Cognicide. Recorded at Oakland’s Sharkbite Studios and produced by American Steel’s Ryan Massey, the upcoming 7-inch contains three songs, including the razor-sharp “God Says No.”

Singer-guitarist Jason Hall shared a cryptic statement about the track: “I have bursts of intense interest in a particular subject and this song is about one of my odd obsessions that will be around for life. I won’t reveal the subject matter because I like when people interpret a song for themselves. For example, we have a song about cats and blood poisoning and people think it’s about being attacked by a person. Here’s a hint though, George Harrison used to do this at night, and it’s weird, powerful, beautiful and awesome. Enjoy?”

Stream “God Says No” below, and head over to Fat Wreck Chords to pre-order Pines in 7-inch and digital formats.