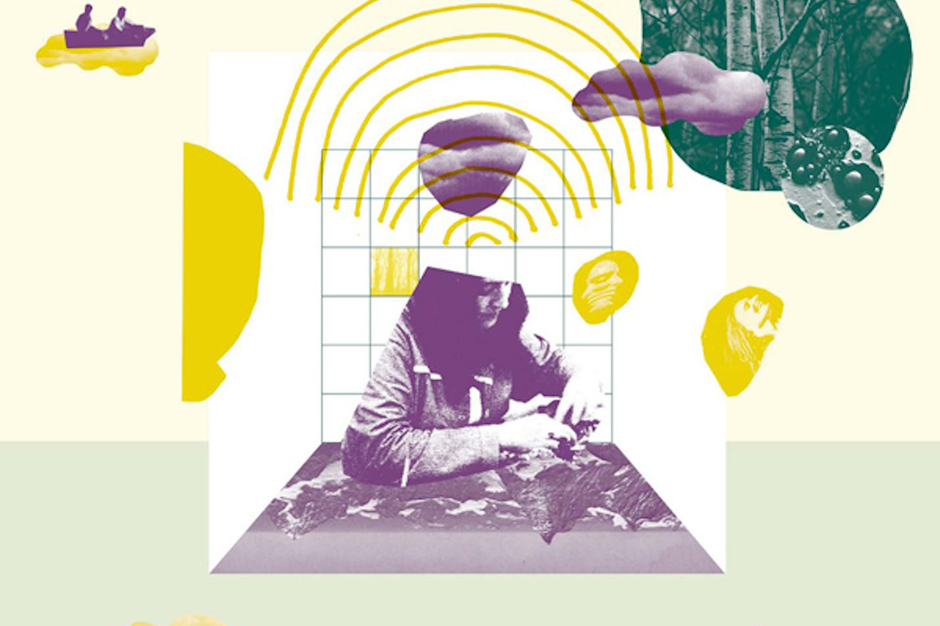 Ultramarine, This Time Last Year (Real Soon)
One of the most quietly compelling electronic albums of 2013 is by an act you may not have even heard of — and yet they’ve been around for nearly a quarter century. Don’t beat yourself up over it, though: The last thing the duo released came out in 1998, save for a sort of stopgap 12-inch, in 2003, that reissued a set of Carl Craig remixes done in 1993. (That main “Hooter” remix still goes off, by the way.)

Craig’s crisp-but-dubby, sumptuously stark mixes anticipated the sound of New York producers like Fred P and Levon Vincent, which makes sense: Ultramarine have always been world-bridgers. They initially appeared on Les Disques Du Crépuscule, a goth-tinged, avant-garde label that also served as Factory’s Benelux offshoot; before they became Ultramarine, Paul Hammond and Ian Cooper were members of A Primary Industry, a Sweatbox-signed band with A Certain Ratio leanings that claimed psyche, skronk, and industrial-tinged post-punk weren’t mutually exclusive terms. (The duo’s name comes from the title of API’s 1986 album.) Unless you’re an unrepentant goth of a certain age, you will almost certainly be unaware of A Primary Industry, by the way; none of their records are available digitally, and only two of their songs are even on YouTube. One of those is a “Heart of Glass” cover that doesn’t exactly cry out for a reissue; the Abstract Magazine song “They’re Biting,” on the other hand, is well worth your time, especially if you’re a Dif Juz fan.

Ultramarine’s debut album, 1990’s Folk, mixed up fourth-world electronic funk with hints of acid house and jazz; it sounds like something grown in a hothouse, florid and a little unkempt, and so does their 1991 album Every Man and Woman Is a Star, a richly textured ambient-techno excursion that compares favorably to contemporary records from the Orb and Sweet Exorcist. They put out three more albums, including one with Robert Wyatt, and put the project on hold after 1998’s A User’s Guide, a fantastic record that strips away their folk and ethno preoccupations in favor of woozy, stripped-down electronica in the vein of Morgan Geist’s The Driving Memoirs.

And that, it seemed, was that. Since 2002, Hammond has devoted himself to running Real Soon, an under-the-radar deep-house label that counts Atlanta house legend Kai Alcé, Juju & Jordash, and Tuff City Kids’ Phillip Lauer among its collaborators, but Ultramarine seemed to be a done deal, a signpost for a very different era in electronic music. A decade and a half since Ultramarine’s last album, however, Hammond and Cooper finally returned to their studio and emerged with an album every bit as squishy and picturesque as their studio’s “remote” location “on the edge of the Essex marshes” promised.

Despite the time that’s gone by, it definitely sounds like an Ultramarine album. It’s got the rubbery glint of A User’s Guide, hints of post-punk’s blunt-nosed bass, and the occasional nod to the ECM label at its foggiest and most pastel, per their longstanding Jon Hassell fixation. It’s suppler and not quite as mechanical as their last album, but it’s nowhere near as lush (or, perhaps, overstuffed) as their first couple of records, where accordion and slap bass were par for the course. Their signature, if they can be said to have one, is most audible in the music’s serpentine sense of structure. Or maybe “serpentine” isn’t the right word, because it’s not like their tracks meander; hell, half of them don’t break the four-minute mark, and none reaches six. But there’s an agreeably haphazard feel to their constructions, with spindly drum-machines and Rhodes loops and sinewy bass and guitar leads stacked like a chain of lean-tos. Pull out one element, and the whole thing could go down dominoes, and yet they somehow manage to keep replacing the parts without you ever being aware of it.

They like their drum machines dry and their guitars soaked in tremolo, leading to the odd impression of Omar-S jamming with Durutti Column. That kind of epochal collision is all over the record, and it’s a testament to Ultramarine’s vision that it never sounds like they’re reflecting on the past through contemporary lenses, rather anticipating the sound of dance music’s most fertile fringes of the present from a vantage point way back when. Does that make any sense? Maybe not, but I think it’s worth emphasizing that this is the least retro-sounding electronic record I’ve heard in I-don’t-know-how-long, despite the fact that it wouldn’t sound all that implausible if someone told you it was recorded in 1994.

It really doesn’t sound like anything else out there, either, but that doesn’t mean that it can’t provoke a host of interesting juxtapositions. “Find My Way” has similarities with the ethno-post-punk of the Blackest Ever Black wing, featuring a hard-flanged conga loop that sounds like how you might imagine a penny tastes. But it’s even more in keeping with the unabashedly deep nu-jazz of the late ’90s (see, for instance, P’taah’s “Flying High (Chateau Flight Remix)“). Those are two schools that never, ever come together, but Ultramarine somehow make the pairing seem natural. “Eye Contact” reimagines Stanley Clarke’s purplish soul-jazz as an early-’90s Rephlex 12-inch, while “Within Reach” connects the dots between Talk Talk and Luomo.

Shades of Talk Talk are all over the record, in fact, largely in the way Ultramarine use small, quiet sounds like sonar pings. They love their tremolo, and the constantly shifting vibrations have a way of creating the illusion of space, sketching the dimensions of an imaginary room whose angles are in constant flux. The other predominant influence is Larry Heard, whose agile low end is an obvious model for Ultramarine’s trim, staccato bass melodies. “Decoy Point” sounds like a pastoral interpretation of Heard’s “Can You Feel It,” in which the original bass line comes shuffling out of its burrow, roots around before catching a glimpse of its shadow, and goes skulking back underground. Which, come to think of it, might be a fine metaphor for Ultramarine themselves. After 15 years, let’s hope their Groundhog Days start to come more frequently.