Flying Lotus also has harsh words for the event, with both criticizing the same-seeming nominees list 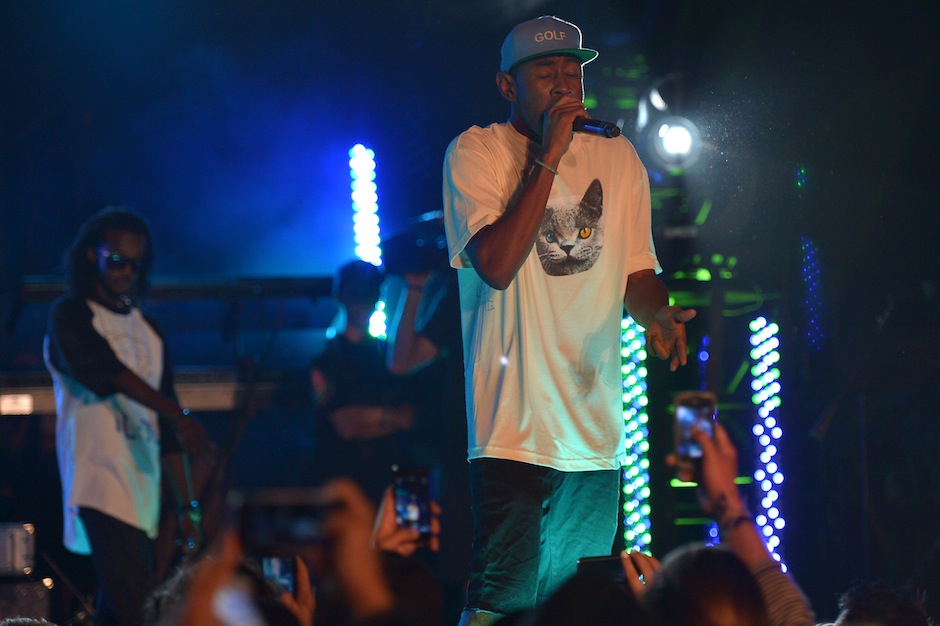 When YouTube announced it would hold its first-ever YouTube Music Awards, the video service promised “a new kind of awards show.” The event’s recently revealed nominees list, despite including fan-generated material and a category for the likes of Atoms for Peace and Bat for Lashes, was heavy on awards-show regulars: Macklemore & Ryan Lewis, Justin Bieber, One Direction. Now one of the scheduled performers at the awards ceremony has some choice words for the nominations.

Tyler, the Creator is set to take the stage at the live-streaming event, held November 3 at New York City’s Pier 36, alongside Eminem, Lady Gaga, Arcade Fire, Avicii, M.I.A., Earl Sweatshirt, and more. But he’s not exactly biting his tongue. In a tweet early this morning (October 23), the Wolf rapper wrote (via the NME): “YOUTUBE AWARDS COULDVE FUCKING HAD NOMINATIONS ON COOL CREATIVE VIDEOS SHIT BUT NOOOO AGAIN ITS THE MOST TEENY BOPPER POP SHIT. YOU ARE BUTT.” That’s right: butt.

Tyler didn’t stop there. He added: “WHY NOT GIVE AWARDS TO JUST DIRECTORS, THESE FUCKING WEAK ASS ARTIST DONT COME UP WITH THESE SHOTS OR SIT IN COLORING FUCK THEM THEY SUCK.” He noted proudly that at least Toro y Moi got nominated, in the “Innovation of the Year” category alongside Atoms for Peace, Bat for Lashes, and others. Also: “EARL AND I HAVE TO PERFORM THERE NEXT WEEK HAHAHAHAHA.” It’s hard to say whether the folks at YouTube are laughing, considering that hey, any press is good press, right? Intentionally or not, Tyler just made the event that much more important to watch.

The Odd Future ringleader wasn’t alone in his criticisms of the YouTube Music Award nominations. Fellow Los Angeles artist Flying Lotus also skewered the nods for focusing on the already-famous. The Until the Quiet Comes cosmic-funk soundscaper tweeted on October 22: “Seems like the YouTube music awards are pretty much the same as the VMAs. I don’t really see the point.”

FlyLo went on: “If it’s all about hits sure I get it but let’s be fair. YouTube award nominations clearly don’t care about cutting edge/innovation.” He continued: “They had an opportunity to shine a light on all the artists that they helped to gain notoriety just to shit on them for uber famous acts.” And finally: “No disrespect to the nominees yadda yadda.” That’s a well-used yadda yadda.