Hear successor to 'Ravedeath, 1972' a week before its Kranky/Paper Bag release 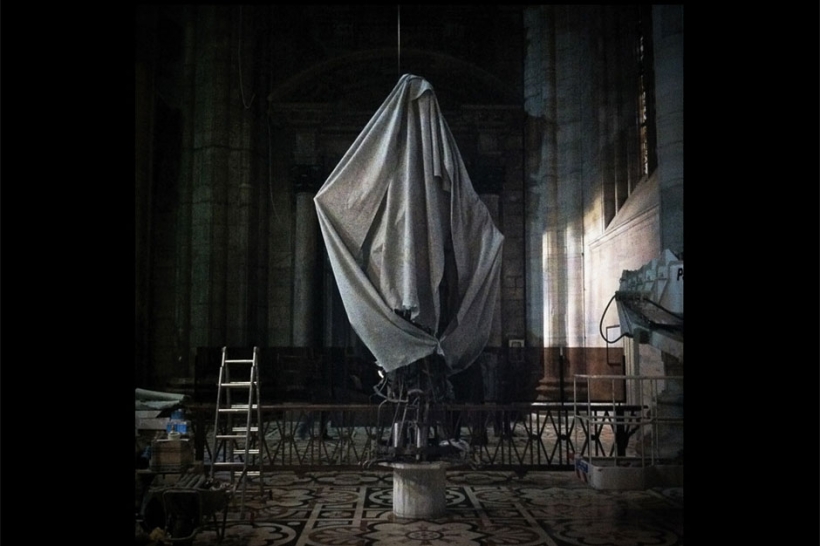 Tim Hecker has sacrificed his Virgins a week early. The ambient wizard’s new album isn’t officially out until October 14, but NPR is streaming the entire full-length right now. Hecker hinted earlier this year that the follow-up to 2011’s Ravedeath, 1972 would draw from a “wider” sonic palette than his previous works, promising a tighter, more defined record that still finds room to go “off the rails” in places. Soon after, the electronic composer shared a pair of tracks from the fast-approaching piece: the creepy, almost-title track “Virginal II” and the hypnotic “Black Refraction.”

Hecker recorded Virgins in Reykjavik, Montreal, and Seattle, working with live ensembles (a first for his career), and mixing the results with Valgeir Sigurðsson, who has served as engineer and producer for Björk and Sigur Rós. In a recent interview with Vice, the Canadian auteur referred to his creative process as “an attempt at a kind of continual transformation.” Find out what new form he’s taken by heading over to NPR. Pre-order the upcoming LP — which, by the way, is one of SPIN’s 50 Fall Albums That You Gotta Hear — through iTunes.