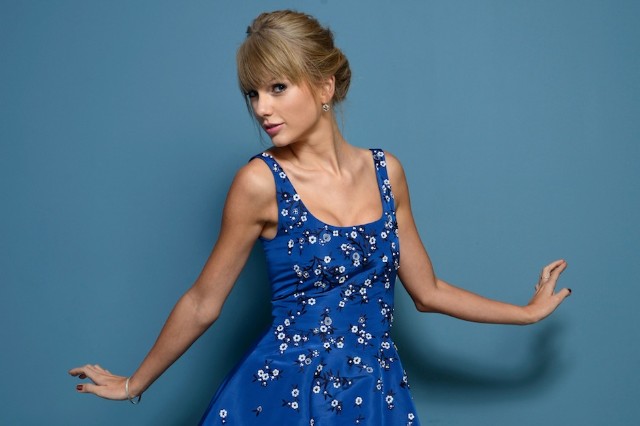 Movie soundtracks can be a chance for musical acts to explore sounds that might not work on their own albums, and Taylor Swift hasn’t shied away from such opportunities. For “Safe & Sound,” her contribution to 2012’s The Hunger Games, the country star worked with the Civil Wars and dug into the relatively unadorned twang of the book and movie’s Appalachian setting.

One Chance, which like U2-adorned biopic Mandela: Long Walk to Freedom premiered at the Toronto International Film Festival, tells the real-life story of Paul Potts, the British telephone salesman with the dictator-like name who wound up becoming a popular opera singer. Swift’s 2012 album Red covered a wide range of stylistic territory, but her closing-credits track for the film wisely resists any temptations to go all Josh Groban. Instead, she and collaborator Jack Antonoff of fun. have confected a bubblegummy new-wave treat that Antonoff has hinted is inspired by classic John Hughes soundtracks.

The lyrics are standard underdog-dreams-come-true fare, and there’s nothing the least bit groundbreaking here, but the overall result will be too catchy and effortless-sounding to resist when it adds yet another touch of the ’80s to Top 40 radio playlists.