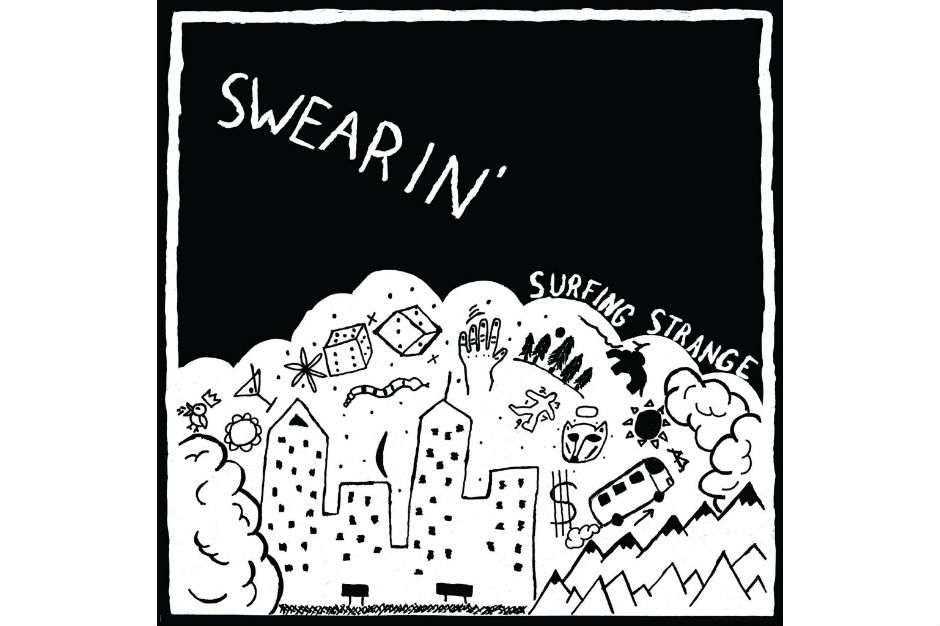 Below, Philly grunge-punk outfit Swearin’ unveil the second song off of their upcoming sophomore album, Surfing Strange. “Dust in the Gold Sack” features bendy guitars, a driving beat, and harmonies on Allison Crutchfield’s vocals that give it a throwback Breeders vibe. It features less of the alternating loud-quiet feel of its predecessor, “Watered Down,” but both are forces to be reckoned with when they get heavy.

Swearin’s Surfing Strange is due out November 5 via Salinas. Before then, the band will tour Europe with Waxahatchee, the group led by Allison’s twin sister Katie. Together, the Crutchfields do one mean cover of Grimes’ “Oblivion.”

Review: Allison Crutchfield Finds Her Own Way on Solo Debut Tourist in This Town