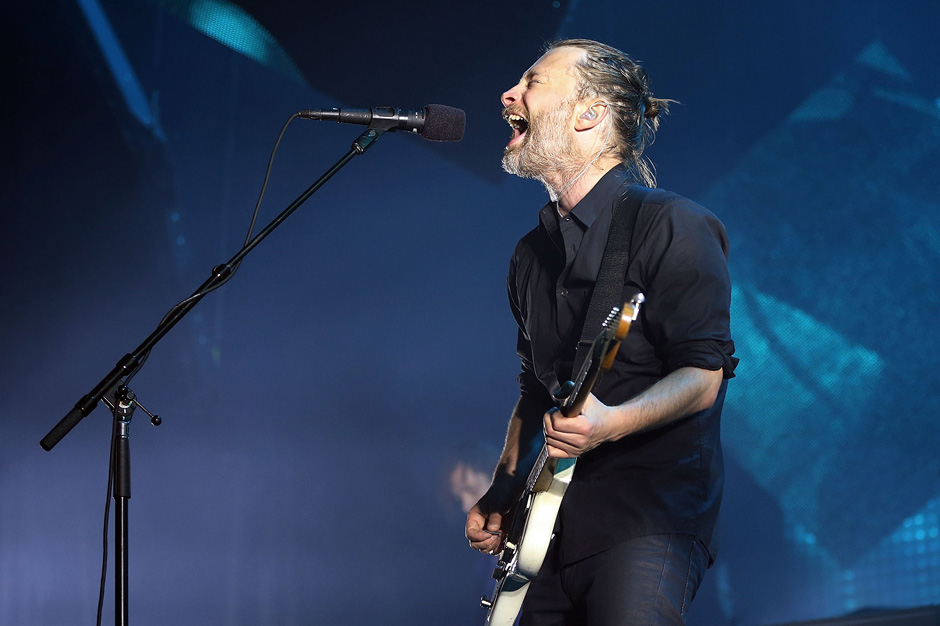 Steve Reich’s Radiohead-inspired piece “Radio Rewrite” will soon fall into its right place. On November 16, the Kid A-informed composition will make its New York premiere at the Metropolitan Museum of Art, where it will be performed by the Alarm Will Sound ensemble (via BrooklynVegan). And unlike this series of drawings created by fifth-graders inspired by Radiohead, there will be no scythes or suicide booths involved.

As SPIN previously noted, “Radio Rewrite” is a new piece by Reich that’s inspired by Radiohead’s “Everything In Its Right Place” and “Jigsaw Falling Into Place.” The minimalist composer has said the work grew out of an encounter with Radiohead guitarist Jonny Greenwood. Speaking with the Globe and Mail earlier this year, Reich explained that he and Greenwood were both on the bill for a Polish musical festival in 2011; Greenwood played his own interpretation of Reich’s 1987 composition “Electric Counterpoint” and impressed the classical master.

“Jonny’s performance was particularly warm, and very personal, with a different sound,” Reich said. He then dove into Radiohead’s body of work and eventually crafted “Radio Rewrite,” which is scored for flute, clarinet, two vibraphones, two pianos, a string quartet, and one electric bass. The piece debuted in London back in March, and then had its U.S. premiere in California.

Now, “Radio Rewrite” is coming to NYC as part of an event dedicated to Reich’s work. Alarm Will Sound, who are the Met’s current Artist in Residence, will perform five other compositions by Reich: “Clapping Music,” “Piano Counterpoint” (also a premiere), “City Life,” “Four Genesis Settings,” and “New York Counterpoint.”

The concert will be held in the museum’s Grace Rainey Rogers Auditorium and will also be live-streamed via Q2 Music beginning at 7 p.m. on November 16. Tickets for the event are currently on sale. In the meantime, scroll down to watch selections from Alarm Will Sound’s California performance of “Radio Rewrite.”