"My face says it all. I don’t really feel like my left nipple is all that important." 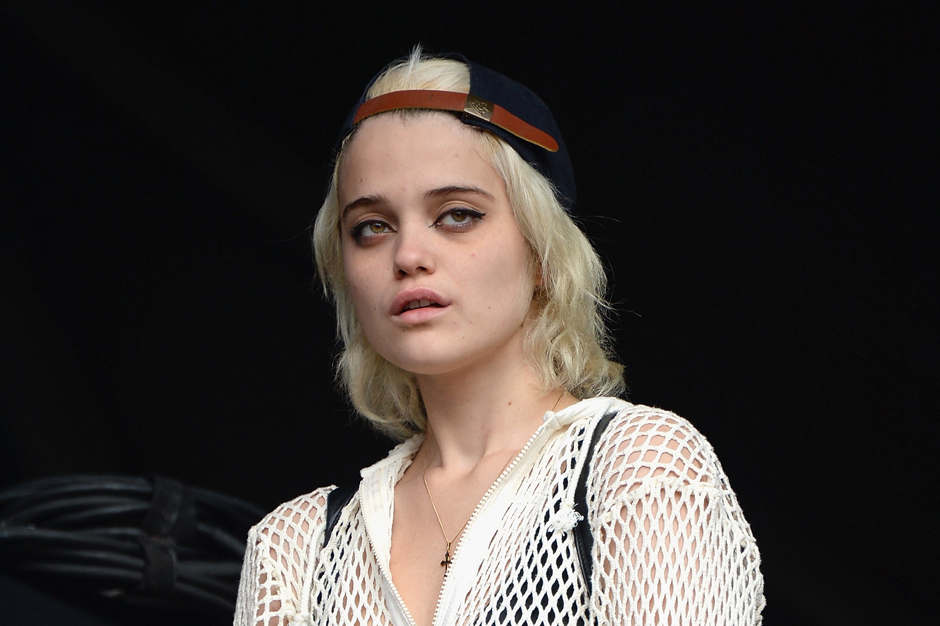 In a new thorough interview with Stereogum, Sky Ferreira discusses … well, pretty much all of the things the Internet has been discussing about the rising star. There’s her Vampire Weekend tour cancellation, the tastefully topless Night Time, My Time cover art, the struggle of facing first-album expectations and, of course, the drug arrest with DIIV’s Zachary Cole Smith. Despite having a bumpy run of late, the 21-year-old singer and songwriter comes across as unguarded, self-assured, and wise beyond her years.

The latter is true particularly in regard to response to the light controversy surrounding her album’s Gaspar Noé-shot cover:

“I think my label wanted … well they sent me mockups of photos of a shoot I did two years ago. I had long blonde hair and I’m sitting on a bed looking cute … The most ridiculous thing I hear right now is, ‘Oh she got topless for record sales.’ It’s like, are you kidding me? I’d sell way more if I just put a picture of my face. That’s the fact. I’d sell more copies of me just looking cute. That’s what sells more. That’s what sells at Walmart. Not someone in a bathtub looking like they’re about to kill someone. Topless.”

Regarding the arrest, Ferreira reiterated her points in a recent talk with Billboard — that she was in the wrong place at the wrong time, that she accepts she made poor judgement, that she has no interest in glamorizing drug use, that she is not an addict of any sort, and that she’s a bit taken aback by the way some of the people she knew turned on her. And also that, “Everything I do now is reflected against this arrest that happened. It’s somehow now a part of everything I do.”

Most importantly, after working on music since she was 11 or 12 years old, Ferreira is happier than ever with her October 29 Capitol Records release: “I’ve just spent so much time working on this. I mean, I’ve probably actually made 10 albums at this point in order to get this one album that I’m happy with. And I finally got it. And it’s the first time I feel like I can really stand behind it.” Watch her recent video for “You’re Not the One,” and read her entire in-depth interview over at Stereogum.