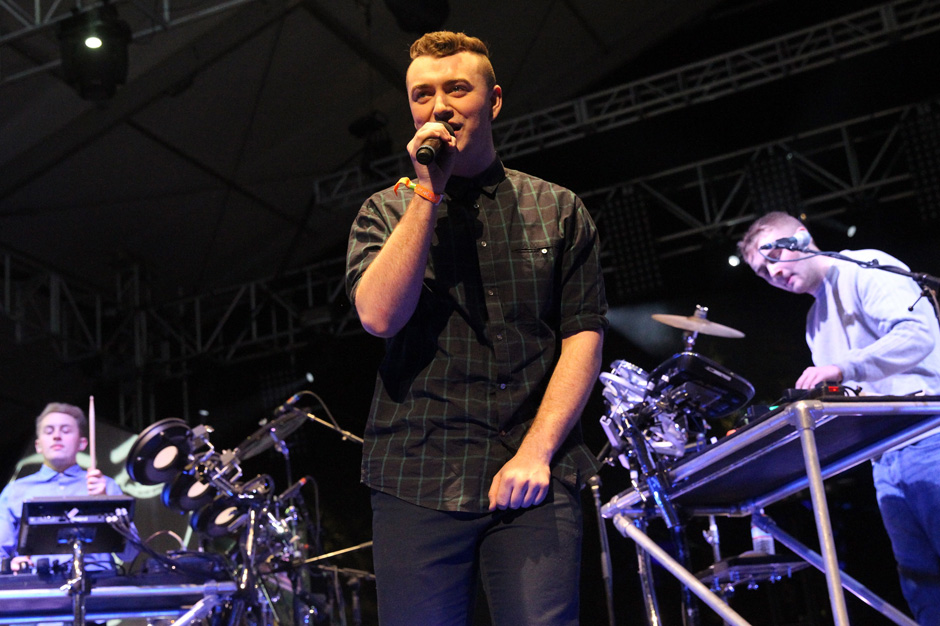 Much digital ink has already been posted about how the Arctic Monkeys’ stellar fifth album imbues a healthy dose of R&B panache. SPIN noted flashes of Aaliyah a few weeks ago when reviewing the Mercury Prize-nominated AM; we also recently spoke with frontman Alex Turner about TLC; and, of course, there was the Brits’ strut-worthy cover of Drake’s smooth single “Hold On, We’re Going Home.” In case that’s not enough evidence that Arctic Monkeys are fluent in the art of slick grooves, here’s some more: soulful U.K. singer Sam Smith covered AM opener “Do I Wanna Know?” during an October 23 appearance at the BBC’s Maida Vale Studios.

Though he made his name by hopping onto dance-pop tunes and collaborating with Disclosure, Smith didn’t rework “Do I Wanna Know?” for the club (or flip the “Latch,” if you will). Instead, he held onto the fuzz-rock behemoth’s steady lurch and decided to answer the Monkeys’ falsetto singing with his signature plush vocals. Stream Smith’s version of “Do I Wanna Know?” below, and head over to the BBC’s website for the entire Zane Lowe broadcast, which includes an interview and a handful of other performances in support of Smith’s newly released Nirvana EP , available now via iTunes.