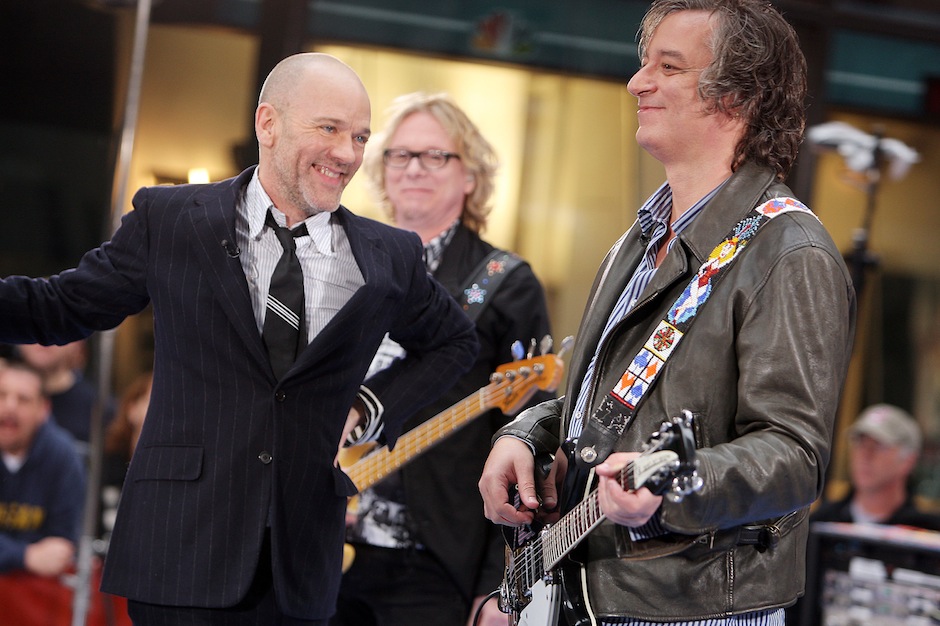 Peter Buck will soon release a second solo album. Salon confirmed the news in an interview with the former R.E.M. guitarist himself. The title and exact release date have yet to be announced, but it will evidently be vinyl-only, as was Buck’s self-titled 2012 solo debut. Since R.E.M. called it quits in 2011, he has also recorded a second album with Tired Pony, his collaboration with Snow Patrol’s Gary Lightbody. Titled Ghost of the Mountain, the project saw U.S. release earlier this month.

Salon now confirms that “Roswell” will be on the upcoming Buck LP. The song co-written by Drive-By-Truckers’ Patterson Hood surfaced online early September. Hood also delivers the track’s spoken-word reflections on growing up in the so-called New South, backed by a rickety arrangement centered around acoustic strums. Hear that below.

But why put out his solo albums on vinyl alone? Basically, because he can.

“I don’t promote my own stuff with interviews because I don’t need to,” Bucks says, in what is an admittedly rare interview. “But for years I’ve been saying I hate the way CDs sound, and on top of that I don’t like records that are made on Pro-Tools, even though that makes it easier. So I went all the way to the other side. I’ve been lucky enough where I don’t have to make a living making records. So I can do it exactly the way I want to — and if that’s seen as exclusionary, thats OK, but you know, you can order the records.”

Not that Buck is a Luddite. “I download stuff, legally and also illegally,” he continues. “But honestly, when I download a record, do I really care about it as much as if I’ve gone somewhere and actually walked a mile? So if you want my record you either have to write away to order it or you have to drive or walk somewhere to pick it up. I mean there’s less than 6,000. I’m not going to sell a million records. But I’m doing exactly what I want and I enjoy it.”

Imagine you walked a mile before listening to “Roswell.”