Rap Songs of the Week: Miley Cyrus and Future Fracture Ben E. King on ‘My Darlin” 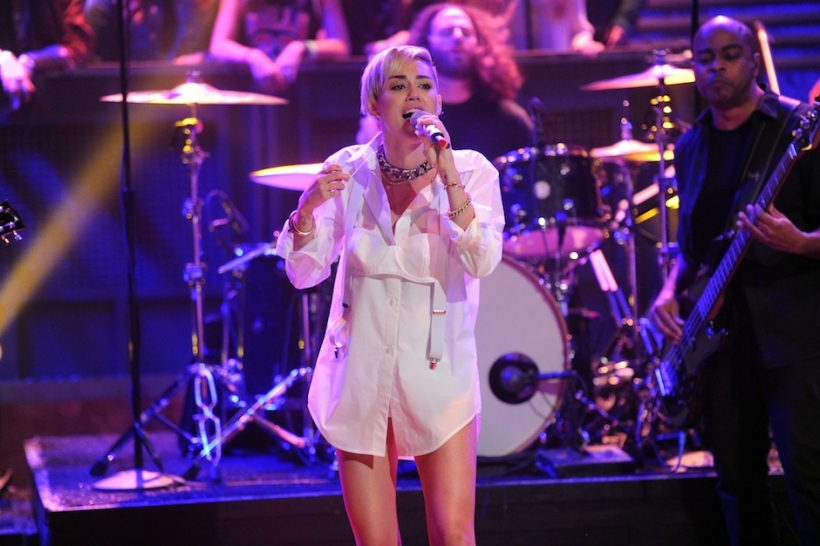 Crime Mob, “Call It Like You Wanna”
Atlanta teen crunk crew Crime Mob arrived in 2004 with “Knuck If You Buck,” a pinnacle for punch-you party tracks in an era full of ‘em (it was the year crunk broke, after all). Their not-so-secret weapon was the reedy, readied rapping of Diamond and Princess, fast-spitting female rappers who ran circles around industrial-bent beats. The group’s 2007 follow-up, Hated on Mostly, let in a little more air without compromising, but it also had to face down an aggro-averse hip-hop world suddenly scared of what the group did. Not to mention that member Killa C was arrested for child molestation in 2005, and Diamond for slashing a woman’s face with a knife in 2007. The end of the ‘aughts found Diamond and Princess beefing; about the only good thing to come out of all this drama has been Diamond’s impressive solo work (start with her harrowing miscarriage tale “Fuck the World” and chase that with the Daft Punk-sampling “At the Bar”). Point is, the group’s been a bit of a mess, but now there’s a new Crime Mob song, and in the best sense, it’s more of the same: Sonically screaming its allegiance to 2004, its uncompromising existence proves that crunk’s not dead.

Danny Brown, “Lonely”
Any problems you might have with Danny Brown’s Old (either it’s not “real hip-hop” enough or it’s a little too rappity) are ultimately on you, my friend. Keep listening. You’ll figure it out. It’s great. End of story. Instead, let’s focus on “Lonely” producer Paul White, who can get lost in the album’s shuffle amid other, more notable beatmaking minds like Rustie and A-Trak. White’s shining moment on Brown’s 2011 breakthrough, XXX, was the oft-referenced “Adderal Admiral,” which stuck Hawkwind inside of This Heat without being too showy about it. Along with “Lonely,” White’s Old contributions are “Side A (Old),” “The Return,” “Wonderbread,” and “Clean Up”; he splits the difference between Brown’s busted-open and blunted visions of boom bap, grounding the record’s confounding first half with something lighter and psychedelic. “Lonely” samples the title track off Benin Morice’s 1980 French-prog classic (and straight-up Genesis fall-out record) Apocalypse, and affords Brown a moment of escapism from the rugged and raw. It sounds like the soundtrack to Danny going off the grid and climbing Machu Picchu. Check out similar work from White on Homeboy Sandman’s Chimera: He did opener “Look Out” and closer “They Can’t Hang (Word to Your Mother.)”

Fatima Al Qadiri, “Knight Fare (post war dub)”
If you haven’t been paying attention to grime this year, there’s some healthy (though veering on lunkheadedly aggressive) competition going on amid its biggest producers. In short, producer Blessa Beats posted an instrumental called “Wardub,” and footnoted it with some zingers on Twitter. It’s all fairly silly, though it has created dozens of response tracks. Enter ethicist-as-beatmaker Fatima Al Qadiri, who made one of 2012’s most affecting and heady records with Desert Strike, which purged her experience as a child in Kuwait during the Gulf War by way of musical riffs on a trashy, war-mongering video game of the same name. The compositions were hypnotic, and brought with them caves of meaning and right-minded sloganeering (and it’s use of gunshot percussion seemed to say, “Fall back, trap-happy white-boy American DJs grafting edgy violence into your EDM”). “Knight Fare (post war dub)” is Al Qadiri walking into the “Wardub” conversation with a forward-lurching, Flocka-friendly shuffler that, by bringing with it Al Qadiri’s mindful discography, shakes its damn head at a bunch of producers throwing around a loaded word like “war” to describe what is nothing more than petty beefing by way of beats.

Miley Cyrus ft. Future, “My Darlin'”
Future pretty much does a weird-ass, wobbly cover of Ben E. King’s “Stand by Me” here, which suggests that ATL warbler and syrup-pop maestro Mike WiLL Made It should maybe get in the studio and do a whole record of early-’60s hits like this? Other prime candidates for this sort of filtered, flangering robot R&B: “I’m Sorry” by Brenda Lee (featuring Fergie); “El Paso” by Marty Robbins (featuring Andre 3000); “Beyond the Sea” by Bobby Darin (featuring Migos and Kevin Spacey); “Georgia on My Mind” by Ray Charles (featuring Ludacris, Field Mob, and Lil Wayne). Or maybe Mike needs to make an emotive butt-rock record, because the opening, over-processed guitar here is giving me douche chills with its echoes of Nickelback’s “Photograph.” There’s a big problem with this delightfully silly song, though: Miley Cyrus is here, too, taking a moment from ripping off Rihanna’s already obnoxious and tedious lost-the-map sexpot pop theatrics to jack her Ice Queen flat-vocal stylings, too. Again, Miley wins because we’re talking about her, and by sheer trolling, she has forced me (and plenty of other ding-dongs) to ponder and consider what is essentially a messy, pandering, personality-free pop record. Ugh. Just go read Jessica Hopper’s review and get off my lawn!

Pusha T ft. Future, “Pain”
Produced by Kanye West and No I.D. (and probably at some point or another, the severely slept-on Travi$ Scott, whose Lee “Scratch” Perry style of sound pile-on is clearly present in the mid-song gunshot-and-taiko-drum buildup), this is the apotheosis of Kanye’s post-Watch the Throne mean-mugging maximalism that renders all rappers useless, but also makes every one of them sound like they’re standing tall on some evil-Roman-emperor-type shit. Pusha T is rapping slow because that’s all he can do with something this busy and full-bodied, which sucks, because if this song were sped up a bit, it would feel like a scorched-earth sequel to Hell Hath No Fury’s “Chinese New Year.” Pusha’s punchlines work as embattled, buying-time declarations; he’s the not-quite-victorious underdog posing as a coke-rap gawd here. “Pitch bird like Steelers / Hines Ward of the crime lords” does not need to be underlined by a topic-sentence delivery, you feel me? It’s still a really fun line, though. Plus the conflation of cocaine lord Griselda Blanco and Mahalia Jackson — one representing his ideal ride-or-die chick, the other his worried mother —is pop-Freudian in a way that also recalls earlier, more insight-heavy Clipse. Like all of Pusha’s great new My Name Is My Name, “Pain” has a thrilling sense of pomp and circumstance surrounding it, and combined with almost-excellent rapping, that’s enough.