Also, Atoms for Peace share behind-the-scenes clip for "Before Your Very Eyes" 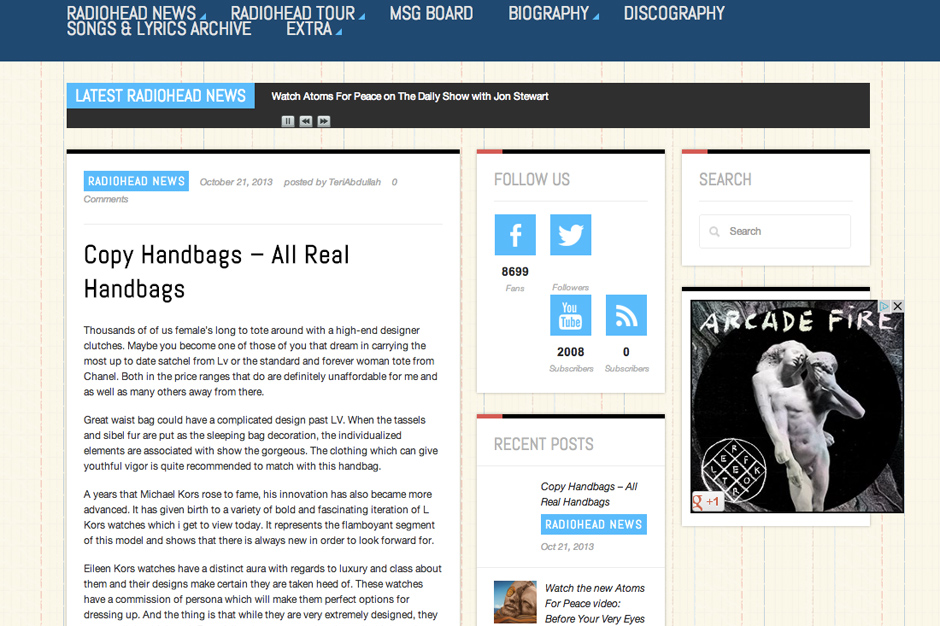 Radiohead fan hub At Ease is currently under attack via a series of spam articles posting to the website’s news feed. While the page seen above — which speaks on the woes of “female’s” everywhere “that dream in carrying the most up to date satchel from Lv” — has since been taken down, it’s likely been replaced by another. When we began writing this post, the source for all things Thom Yorke was trying to teach us about potty-training.

At the bottom of the aforementioned item espousing the benefits of knockoff handbags, we could see more “Radiohead news on this day,” which included dead links to articles on pharmaceuticals, stock trading, the dangers of promethazine, and fat loss, the latter sveltely titled “Why Getting Ripped Has Become a Pleasure Somewhat Than a Punishment.” Indeed, a topic close to Radiohead’s heart: Fitter, happier, more productive.

Meanwhile, Atoms for Peace have attempted to demystify something as well: their mind-boggling video for “Before Your Very Eyes,” in which Yorke is turned into sand. Watch the brief behind-the-scenes clip below, complete with miniatures, makeup, and ample computer effects. 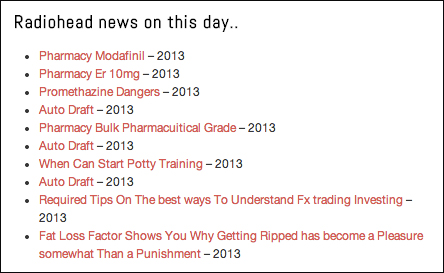