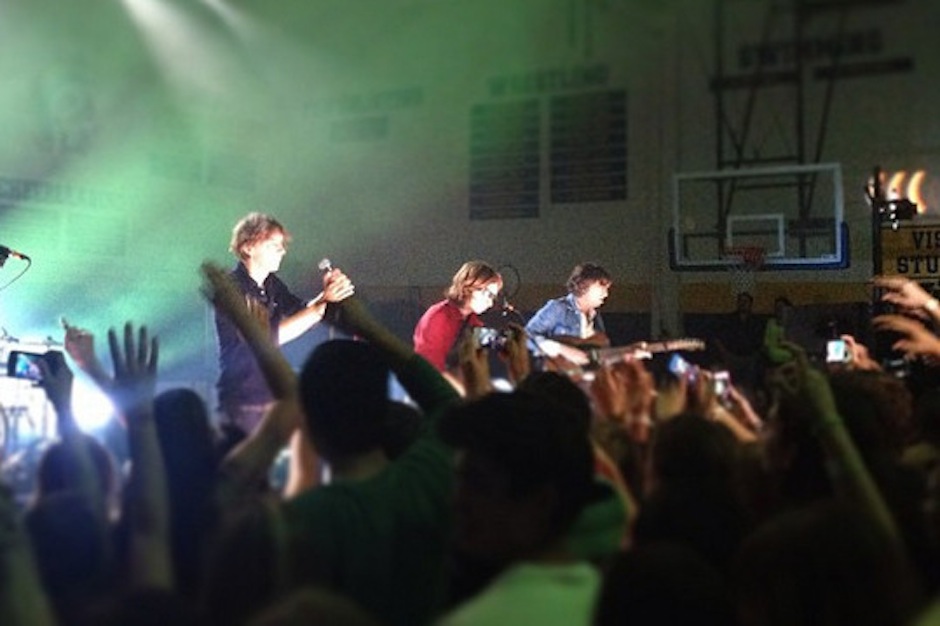 Sometimes, perfect attendance in high school gets you a pizza party. Other times it gets you a secret concert from Phoenix in the gymnasium. The breezy French poppers performed an unannounced show at Anderson High in Austin, Texas, this past Monday night as part of the PBS series Live From the Artists Den, with the audience composed entirely of students who managed to eschew absences and tardies so far this year.

Principal Donna Houser told Austin’s KUTV that PBS reached out over the summer because they wanted to shoot Phoenix in a vintage gymnasium. Unlike many athletic complexes in a state where high school sports is a sensation, Anderson’s hasn’t been renovated since it was built in 1973. But because of the gym’s size, only a few hundred of the school’s 2,000 students could attend, so Houser announced at the beginning of the year that a prize awaited those who were on time every day.

Houser also said she was unfamiliar with Phoenix, but after doing a bit of research decided they were a “great band” that was suitable “Entertainment” for students. Unfortunately, R. Kelly — who appears on the remix of Phoenix’s “Trying to Be Cool” — was busy that day, and probably would’ve been deemed inappropriate anyway.

The show does not have an air date yet, but Live From the Artists Den kicks off its seventh season in early 2014 with an episode starring Sheryl Crow.