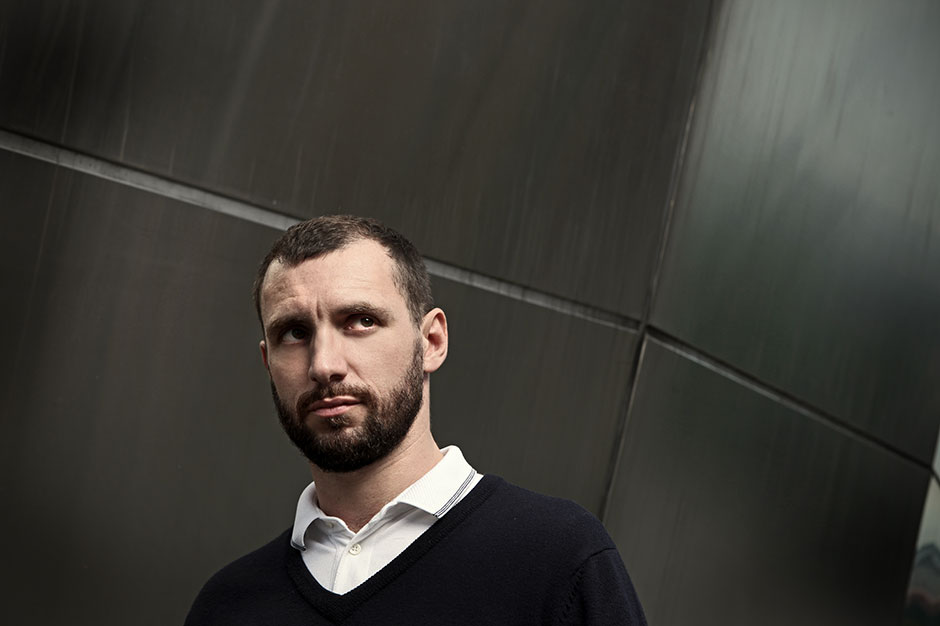 Woolford’s next move finds him abandoning that gleaming, uplifting house aesthetic and focus on rattling breakbeats and growling sub-bass under the name Special Request. On October 21, Fabric imprint Houndstooth released the first Special Request album, Soul Music, an effort that showcases his love of the music that fueled the UK’s early 1990s rave boom. He called us from his hometown of Leeds, England, to discuss the impact of the region’s rave history on his own music and how a journalist inspired him to become a DJ.

The Hoover Synth
That [Hoover synth] sound was as much a part of what I do as anything else. The thing is with making these kinds of records, it’s a risk, because it’s very easy for critics and for journalists — or anybody looking in from the outside — to go, “Oh, well that’s just a sound from whatever year,” or “This is a well-worn idea.” So, when you’re employing the tools, you need to make sure that the use of them is absolutely vital. [The Hoover] immediately flags all of the other tropes that are associated with hardcore bass. On one hand, there’s the power of being able to summon a memory and take someone to that place immediately through a noise that lasts a fraction of a second. But on the other hand, you need to make sure that you’re not retreading the past. I’ve been accused of it, but these days, I don’t hear any records that sound futuristic anymore. I hear records that sound interesting, but they’re all rooted in pre-existing genres. Yeah, there are elements that have been used before, but they’re just things that are really powerful, and if you harness them in the right way, that’s as strong of a tool as anything new.

1990s UK Hardcore Rave Culture
The punk ethic, that’s a proven part of this whole thing, just doing things yourself and not giving a fuck what other people think — just do what makes you happy, that’s the center of all of it. Even when I started to record the album, I guess I was a little bit bored of making house and I just stopped making it. I just disappeared into creating the album over quite a long period of time, about 3 years. When [Woolford’s] “Lolita” came out [in 2012], the first white label, I created it and was playing it out, and giving it to a handful of friends as well, way before it was out on a white label. Really, the process started then. I hadn’t had that much fun recording for years, so immediately, all of it was focused on that.

The Casio SK-5 Keyboard
With the SK-5, there was a limit to how much you can sample on it, so really you could only play so many samples at once, you couldn’t play all the samples at once. Eventually, you’d be playing the pads and the keyboard at the same time and then one sound would cut off as you start another sound. Now, that’s sort of a key component for creating drum tracks and jungle music. To get the drums to roll properly, it’s imperative that at some point, other samples are stopping. Otherwise, you will not roll. So, that’s an essential technique that I learned immediately and I didn’t know it. I do feel that limits are actually more inspiring than having no limits. I’ve got friends who’ve got incredible studios, and they’ve got computers with every plug-in you can name, and they buy every new bit of kit that comes out, and they can’t even make records. The limitation is not there, so they don’t focus on what they have.

Kris Needs
[British music journalist] Kris Needs did this column in Echoes. It was him enthusing about all the important techno records. You could tell how plugged in and connected to the music he was, to the point where his enthusiasm would jump off the page. Me reading somebody be like that about the music was inspiring. Kris Needs has never reviewed a record because he wants to make a name for himself. All he’s done is reviewed records that he loved and wants to share that with other people. And when someone becomes a DJ, generally, the idea is that you want to share the music that you love. That’s the essential, that’s at the heart of what DJing is. Anything beyond that is business. To get into reviewing records because you’re trying to build up a profile as “a critic” and make a name for yourself, you’re not actually connected to the music; you’re using it as a device. It’s a really powerful position to be in if you’re writing about music. If you’re really enthusiastic, and someone else is reading that, through your writing you can inspire someone. They start their journey, and they build a career and you’ve played a part, that’s a really powerful thing.