Attention-loving 'Bangerz' star brings the feud to a polite close 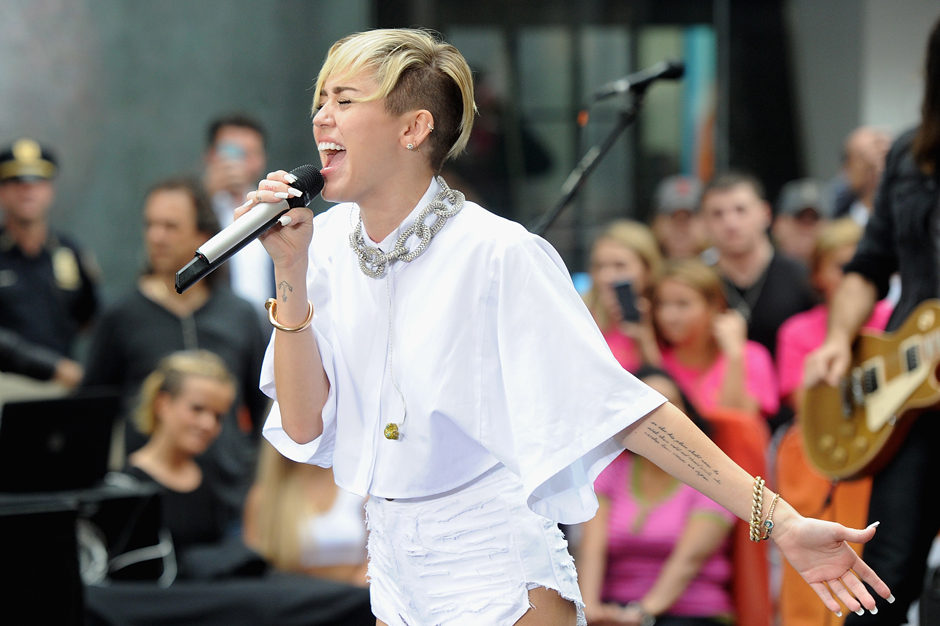 According to Miley Cyrus on Today, um, today, everything is going exactly as planned. All of the controversy surrounding her MTV VMA twerk-fest, her nudity in the “Wrecking Ball” video, and the even more revealing Terry Richardson photoshoot … “It’s kind of what I want,” she told Matt Lauer. “I’m an artist, so I’m hoping that I get a little attention or my record sales might be a little sketch.” It seems an easy boast to make in hindsight, but the Bangerz star may be telling truth.

A testament to that possibility: she hit Saturday Night Live this past weekend and passed up a ripe opportunity to dis her recent online sparring partner Sinead O’Connor, who has her own mottled history with the show. Instead, Cyrus expertly set the beef aside to dry during her Today appearance. When Lauer asked about O’Connor, Miley had only nice things to say.

“I think she’s an incredible artist,” she told the host. “I think she’s an awesome songwriter, and I was really inspired by her for my ‘Wrecking Ball’ video, which was what started the whole thing. I don’t know how someone can start a fight with somebody who said, ‘Hey, I really respect you. And I really love what you what you did.’ ‘You know what? You suck! I don’t like you!’ That was kind of crazy. But as I said, I’m a big fan of hers, so it doesn’t really matter. It’s all good.”

Of course, it wasn’t always “all good.” O’Connor fired somewhat respectfully worded shots at Cyrus last week, urging the 20-year-old to allow her music to speak louder than her sexuality. (Or, “You don’t need to let the music business make a prostitute of you.”) But the younger artist lashed back, rudely sharing a screen-grab of a series of tweets by the 46-year-old during a time when she was struggling with her mental health.

The Irish musician then wound up writing two more open letters — all three have been taken down from the official Sinead O’Connor website — asking for a public apology, invoking the name of Britney Spears, and defending Amanda Bynes. But that was last week. And while Cyrus seems ready to move on to discussing her pretty damned awful new album Bangerz, O’Connor has redirected her ire at Dublin politician Alan Farrell and an abusive Internet personality.