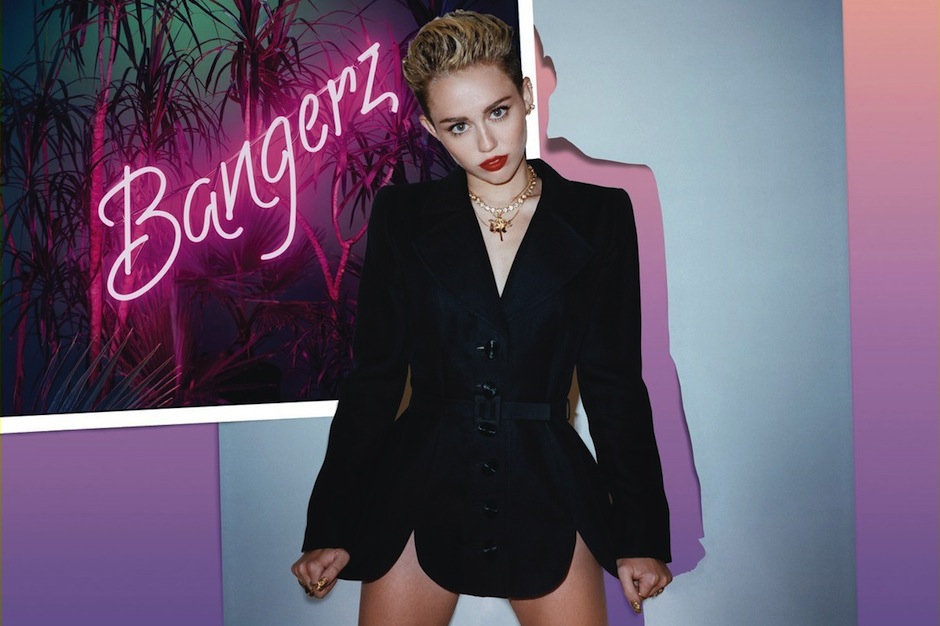 The moment Miley Cyrus has been trolling the world for is (almost) here. Bangerz, the follow-up to 2010’s Can’t Be Tamed, is due out on October 8 via RCA Records, but the whole thing is streaming now over at iTunes. That includes summer molly anthem “We Can’t Stop” and chart-crushing power ballad “Wrecking Ball,” plus guest appearances from (deep breath) Britney Spears, Ludacris, Future, French Montana, Big Sean, and Nelly. Top-tier producers such as Mike Will Made It, Pharrell Williams, and Dr. Luke also contributed.

It’s surely no coincidence that Cyrus’ name continues to make the news for non-musical reasons. On September 30, Cyrus took to Twitter to joke about discovering a rumor she was pregnant by Juicy J. Meanwhile, with so many eyes focused on the Breaking Bad finale a day earlier, US Weekly circulated a dismissive quote Cyrus gave to sister publication Rolling Stone. “Breaking Bad I just got into, but I haven’t been able to keep up with it as much,” she said. “There’s just a lot of him coughing. I’m in the first season, and the coughing is driving me crazy.”

Did she go on? Of course: “Like, we get it — you’re dying,” Cyrus said of protagonist Walter White, who suffers from cancer. “Do you really need a whole two-minute scene of another cough attack? It’s too much. In every bad situation, how does he get out? He just starts coughing.” Of all the reasons to dislike Breaking Bad, this astringent analysis wasn’t one that came to mind, but it’s pretty hilarious. The Miley-related jokes write themselves, but we’d rather dig into what’s sure to be the nation’s next No. 1 album. Government shutdown be damned.

Listen to Bangerz over at iTunes.