M.I.A.: ‘I Found Spirituality on Google’ 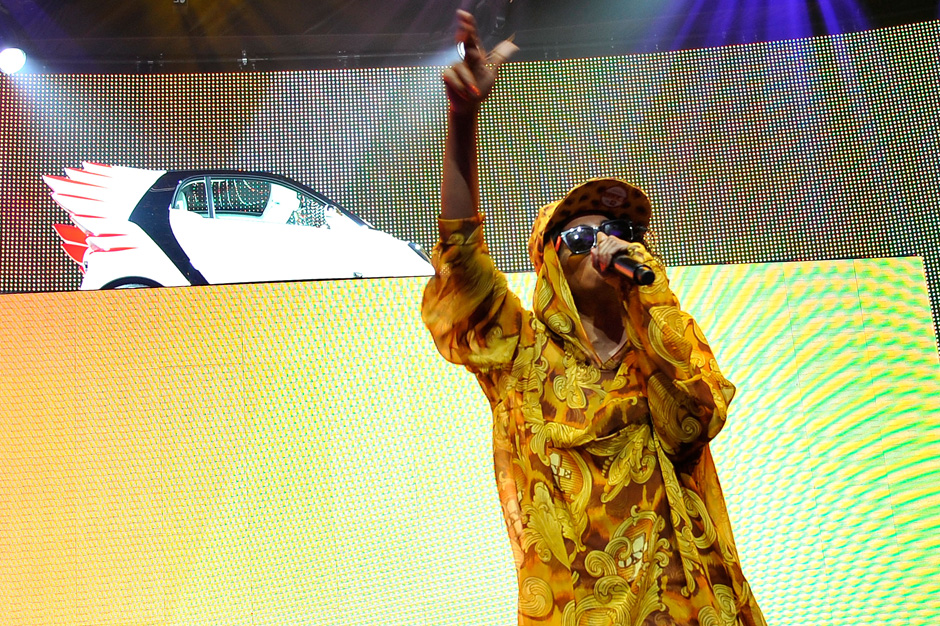 M.I.A.’s upcoming, long-delayed fourth album shares its name with Matangi, the Hindu goddess of music and learning. The title may reflect a newfound spirituality for the Sri Lankan artist (whose birth name, Mathangi, also derives from “Matangi”), but M.I.A. didn’t find faith through some fit of divine inspiration. She discovered it — where else? — through a search engine. “I just found spirituality on Google,” she told Fader recently, “Which I hate.”

The singer-rapper explains further, saying, “I Googled ‘green,’ and Matangi popped up. When I typed in ‘Matangi,’ it was me and then her on the two top links. Hers was like: ‘She’s got four arms and carried a sword because she fights for truth, but, like, lives in the ghetto and in the hood and has intoxicated eyes,’ which kind of sounds like she smokes weed. I was like, ‘Wow, she sounds pretty cool.’ I sort of stopped thinking about my own life and I started thinking about hers, and spent time in India, going to universities and temples, looking for things that I could figure out, about women.”

The idea of a hood-dwelling goddess fascinated M.I.A., who says she “never knew anything about spirituality” before. “[Matangi] was a gangster, she was from the hood, but she was a goddess and hangs out in the jungle,” the 38-year-old says. “Loads of things about her weren’t like the roles in spirituality that we’re used to in the West, that you’re either a whore like Mary Magdalene, or a Virgin Mary and conceive a child without having sex. Those two roles were not an option for me. In Hinduism, they’ve got women who are into time-bending quantum physics… I became interested in all the multi-faceted ways a woman can exist, what the options for being a woman are.”

Read the entire Q&A over at Fader, and for an extended preview of M.I.A.’s next LP (out November 5), listen to previously released tracks “Come Walk With Me,” “Bring the Noize,” “Only 1 U,” “AtTENTion,” and “Bad Girls.” And also check out a just-released snippet of new song “Y.A.L.A.”