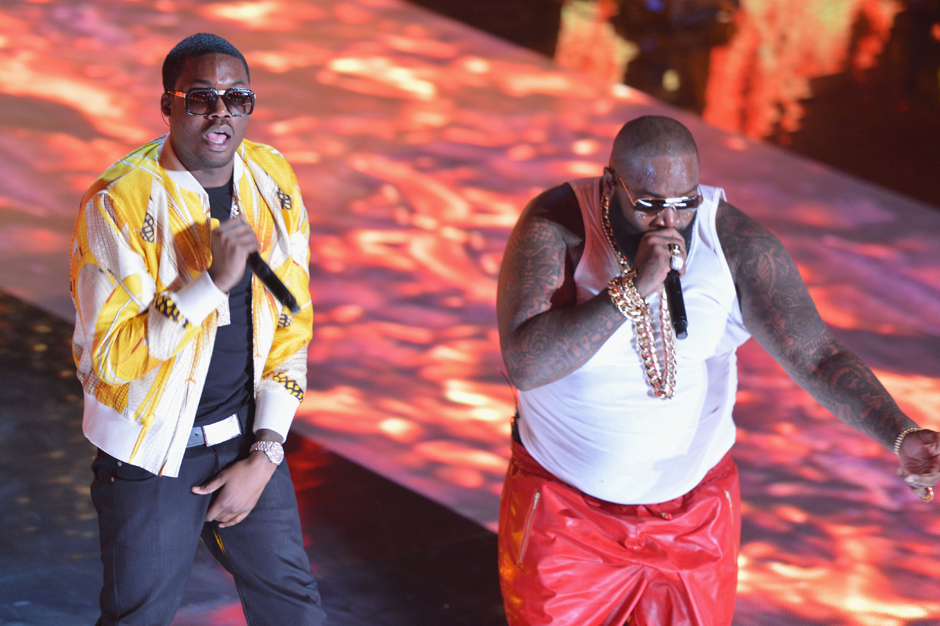 Trouble just seems to follow Rick Ross wherever he goes. If it’s not a massive criminal organization with chapters in just about any city the former correctional officer would likely play, it’s something to do with molly or money. In June, the Maybach Music Group bawse was sued by a Rolex dealer who claimed Ricky Rozay hadn’t paid his bling bill. Now, TMZ reports that the man and his labelmates are the targets of yet another lawsuit, this time stemming from a London concert cancellation.

MMG members Ross, Meek Mill, Wale, Omarion, and Stalley were booked to play Wembley Arena on September 12, 2012, but allegedly pulled out with plans to reschedule. The promoter claims each was paid a sizable advance, plus were the beneficiaries of other non-refundable expenses (such as travel) that had already been paid for. And as TMZ points out, one of the more fascinating elements of this story is the window into the pay scale across the Maybach members.

But hey, what’s a little monetary dispute when you’ve been run out of South Africa by a billionaire on his birthday?