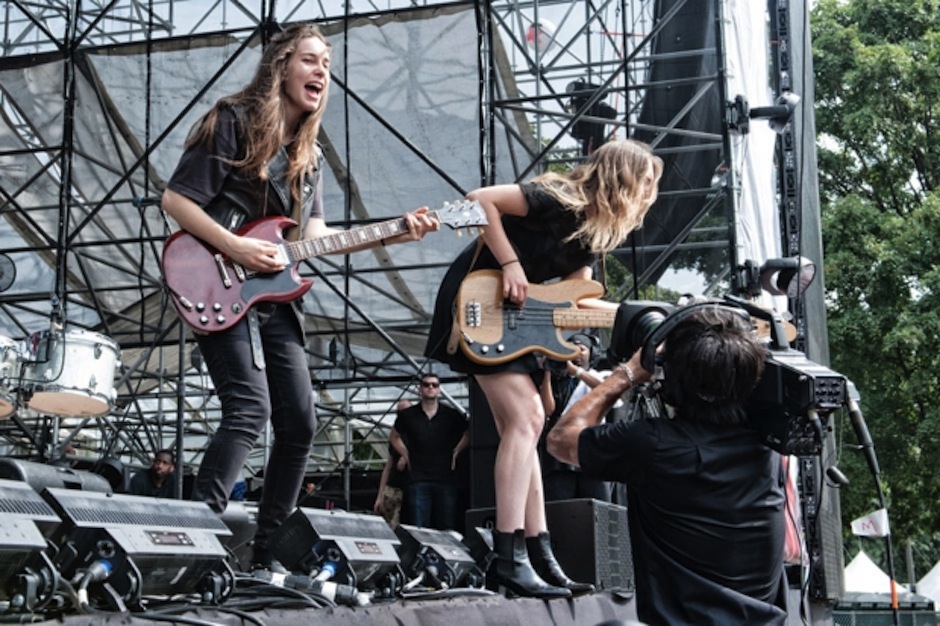 Haim’s debut album Days Are Gone is a distinct intersection of influences converging across music and time: the wisp of radio rock of the ’80s, the soulful singing of ’90s R&B, a distinctly millennial hipness, and the solid musicianship that anchors any decade. Which has a whole lot to do with why the Los Angeles band of sisters is on SPIN’s October cover.

But the album also proved to be a meeting point for a number of cross-genre contemporaries including: Ariel Reichstad, the album’s producer who has credits with Vampire Weekend and Usher; James Ford, a co-founder of Simian Mobile Disco who has produced for Arctic Monkeys and Florence and the Machine; Ludwig Göransson, a composer who has helmed the music for Community and the film Fruitvale Station; and Jessie Ware, the British R&B singer who co-wrote the title track along with frequent collaborator Kid Harpoon.

Add to that list George Lewis Jr., a.k.a. Twin Shadow, who today released “Edge,” a song he co-wrote along with Haim and which appears on the UK deluxe edition of Days Are Gone. As the seamless album would predict, “Edge” is less a tour of styles than it is a combination of the group’s best qualities: rippling guitar lines, twitching percussion, an immediately sticky hook, and airy backing vocals. Something that even David Cameron could love.