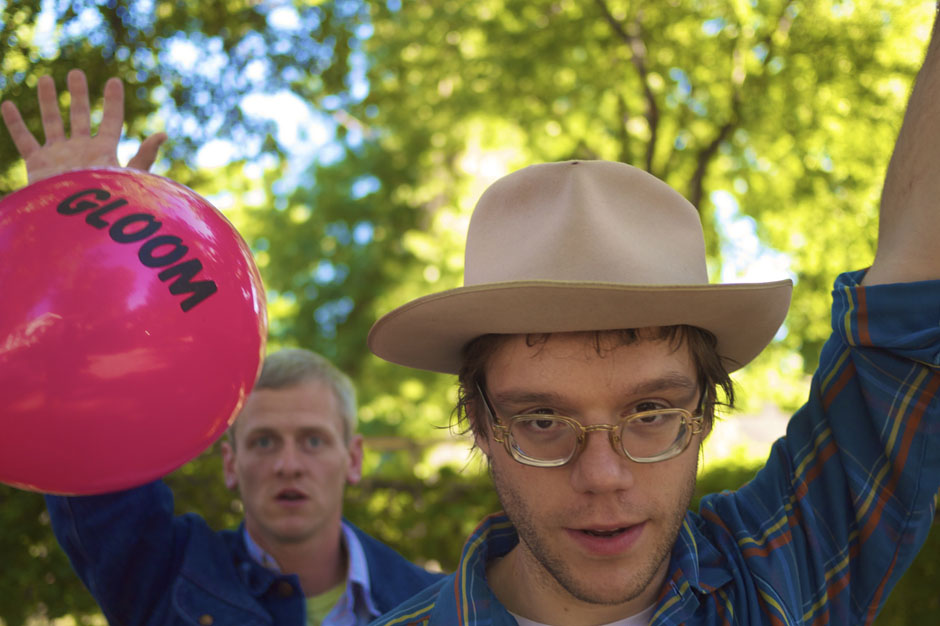 Gloom Balloon are full of surprises, but the subject matter of “She Was the One That Got Away” is not one of them. The track below is an epistolary song dedicated to a former lover, rich in personal detail, brimming with sad humor, and full of tangible regret. But it’s the rest that blindsides the listener in such a totally welcome way. First, the titular line is given a nearly gospel treatment for the chorus. Second, there’s the saxophone and flute dancing all over the backing beat. Third, there are those downcast yet summery rhymes of our host, Patrick Tape Fleming, erstwhile frontman of Iowa’s far more Pavement-informed indie heroes the Poison Control Center.

In teaming up with producer Christopher the Conquered, Fleming’s solo outing grew into something entirely unexpected, and has produced an album due out December 5 dubbed You Make Me Feel Like a Natural Disaster/Fix the Sunshine Pts. 1-7 (An Ode to Bill Doss). It’s a long title, sure, but it speaks volumes about the work. Fleming had been dejected and was on the verge of taking his own life when he learned of the untimely death of Olivia Tremor Control member Bill Doss, his musical hero. The event caused a change in him, and Fleming not only pushed on with Gloom Balloon, but became a certified life coach. Again with the surprises — all of which are pleasant, we might add.

“She Was the One That Got Away” will get a 7-inch (and digital) single release on October 22 backed with — surprise! — a song called “The Science of Love Minus Harry Harlow” that features Pavement utility man Bob Nastanovich screaming the names of imaginary horses. Pre-order that via Maximum Ames. For now, this will have to do: