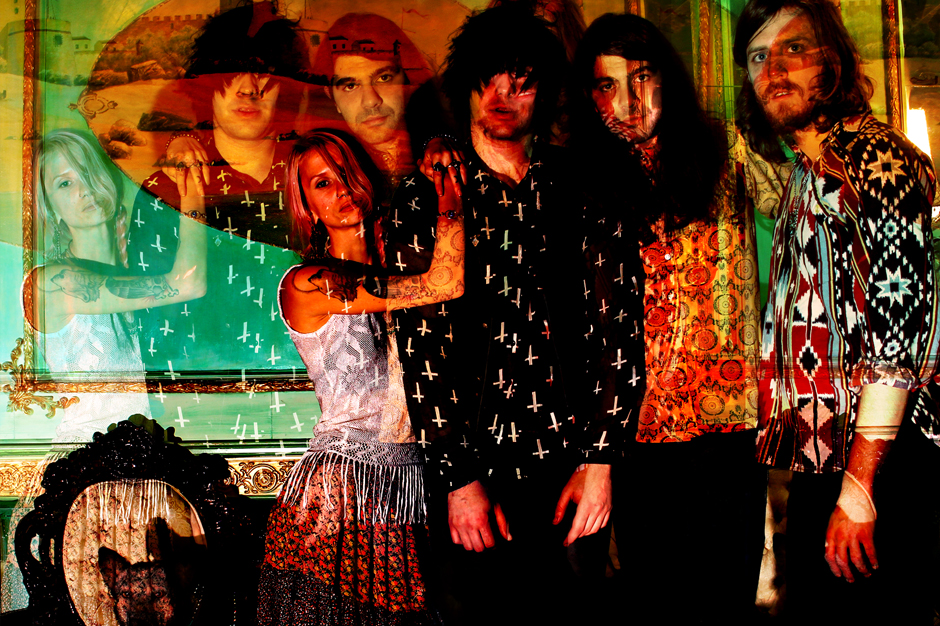 Far-Out Fangtooth first took shape in 2009, as a collective that bonded over B-movies and avant-garde weirdness. Since then, the Philadelphia outfit has doubled its number of permanent members (from two to four), and let loose a few collections of festering, psychedelic post-punk. A self-released tape led to a self-titled 7-inch, which helped beget a debut full-length, Pure & Disinterested, in 2011. Now, Far-Out Fangtooth are doling out Borrowed Time, a nine-track platter of churning goth-grit that arrives on October 29 via Siltbreeze Records. Produced by Justin Pittney (who recorded 2012’s three-song The Thorns EP) and mixed by Jeff Ziegler (whose previous credits include fellow Philly fixture Kurt Vile), the upcoming LP is streaming in full right here at SPIN. Scroll down to marvel at the feedback-filled horror show. Pre-orders for Borrowed Time are currently available through iTunes.