Dum Dum Girls will return with a new album in 2014. Too True is due out January 28 on Sub Pop and the first taste of it is streaming now. “Lost Boys and Girls Club” deepens the sound carved out on 2012’s End of Daze EP with gothy drama, heroin chic, and maybe even a touch of Pat Benetar. Those are references both aural and visual in the case of the video above, which comes courtesy of H&M. Therein, you’ll find a lot of people looking good in leather, doing affectedly cool things (pulling sunglasses out of freezers, throwing dress shirts into toilets) as singer Dee Dee Penny sings, “There’s no particular place we are going / Still, we are going.” In speaking to Stereogum, the Ronettes-loving leader described Too True:

“There’s a lot more guitar — textural guitar stuff — which is why I brought on an additional guitar player for the live show. It kind of ventures into a newer, bigger… I don’t know how to describe it. A bigger, rock’n’roll sound or something? You know, occasionally. There’s a lot more mid-tempo stuff, which I’ve never really done. I think historically my band is regarded as the band that does like Ramones-y songs and then drowsy ballads or something. I mean obviously that’s not what I would say, but that I think there’s sort of a middle ground, which is prevalent a lot on this record.”

Too True cover (a.k.a. Bangerz: The Goth Edition): 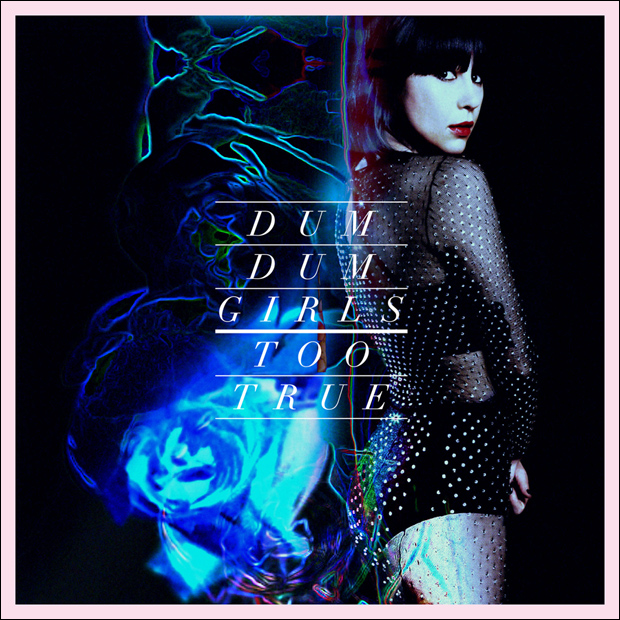