The band's opinionated frontman discusses getting the gang back together, reveals why he's scared of the Bible Belt, and reconsiders his critically disparaged solo album 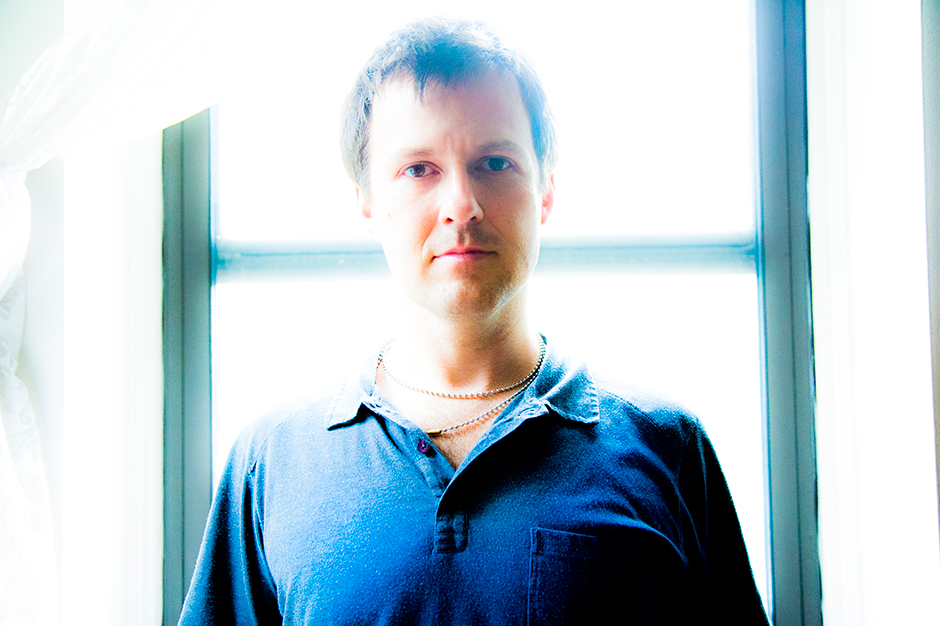 Though Washington, D.C. stalwarts the Dismemberment Plan are returning this month with Uncanney Valley, their first album in 12 years, the march of time means that no subsequent D-Plan album could feel as epochal as the turn-of-the-millennium one-two punch of 1999’s Emergency & I and 2001’s Change. Still, their nervy, tightly coiled splatter-rock feels acutely fitting for a time when young urbanites are being pushed up against the wall by soaring debt, rising rents, and crashing job numbers. The album’s best song (“Invisible”) is about the anxiety of moving to New York City (“I’m biting my nails and calling it dinner”), while others delve further into the psyche of the working class (“White Collar, White Trash,” and “Daddy Was a Real Good Dancer”). Then there’s the finale, “Let’s Just Go to the Dogs Tonight,” which features an almost embarrassingly poignant call-and-response bridge: “When I say ‘cluster’ you say ‘fuck’ / Cluster! / Fuck!”

Nonetheless, singer-guitarist Travis Morrsion has settled calmly in leafy Park Slope, Brooklyn, and on this August day is enjoying once again being a Person to Be Interviewed. At one point during our conversation, he calls himself “a total egotist,” and he playfully deconstructs any questions that don’t really interest him (mainly ones about his lyrics). But as we sit on a couch in the modest living room of his second-floor apartment, we lock into subjects that get him going: how the music business has changed, how he enjoyed getting away from the “scene,” and especially, setting the record straight about his infamous solo debut.

It seems to me like there are nods on the record to the way the economy has turned.
Whoa. Really? Tell me about that. I don’t really monitor my lyrics that closely.

Maybe I’m projecting, but the album seems like a good fit for feelings of unsettlement.
Have you ever been to Virginia? Virginia is a very strange state, and it’s where we all grew up. It’s kind of the fuzzy line of the South. When I grew up, the line was right south of D.C., which is where three of us went to high school. Now that line has moved southward, so it’s somewhere north of Richmond. I know that blurry zone, that fog between the North and South, really well, because I had to go back to work there. I worked at the Huffington Post when it got bought by AOL. I found myself back deep in Virginia, and “White Collar, White Trash” came from being from Washington, but having to stay in a hotel 45 miles outside of Washington in an industrial park near the airport, near these huge, wide-open rural highways and mansions. It was horrible.

Was that the first time you had lived in the suburbs since you were like a kid?
I wasn’t living there, I was flying down from [New York]. It was worse. I couldn’t get used to it. I was down on business trips, and I was like, “Wow, I went to high school out here. This is crazy.” So maybe it is the economy. The Bible Belt is growing economically, and I could feel that, and it scared me. So, you could argue that “White Collar, White Trash” is kind of [about] a growth culture. There is a culture down there: People listen to country music, and it’s bible, and it’s red state, but it’s also college-educated. No one thinks it’s Dukes of Hazzard. They are professionals, they have office jobs. That’s what I was trying — that phrase “white collar, white trash” — that is something that is a thing in America. Maybe I’m some kind of economic genius.

When did you leave Washington D.C.?
I moved up [to New York] five years ago.

Did you have strong feelings about removing yourself from the culture of indie rock in D.C.?
No, not really. I needed a break. I wasn’t fully removed. I’m still going to shows. I joined a church choir, and I got very absorbed. I still sing in church choirs.

Are you religious?
No — I’m not one of those people who is super anti-religion. I wasn’t hearing a whole bunch of bands I was into… a few, not too many. I had been on the road for ten years. I was a little tired of the context, which naturally is clubs. I had been in about 800 rock clubs in the previous eight years.

So you sort of felt okay leaving that culture, like you didn’t feel the need to be a lifer?
Sometimes I question my inability to be a lifer. I’m the kind of person who will go do other things. I have friends who really stuck with it, and I think it’s been really great for them. But I really did it the only way I could.

It seemed like you eased into civilian life in a pretty seamless way.
Yeah, I went to rehab. I don’t know. I was broke. It didn’t feel very seamless at the time. Very few of my musical heroes got rich, and they all had a sense of reality. I was always very impressed by a story about the composer Phillip Glass that I read when I was a kid: That he kept renewing his taxi license for many years, like up to 20 years ago. Just healthy paranoia. Just like, “Hey man, I don’t know when I might have to pull some shifts for some extra cash.” I didn’t get into music just to not have a job, necessarily.

It’s a nice benefit, I guess.
Depends on the job. I learned a million things from the jobs I had. They were fun. I met cool people. I love doing interviews, I’m a total egotist, but I had been talking about myself for several years at that point. It’s a blessing to be able to get into a context where someone is going to ask you inherently about you because you are interesting for a couple weeks or months at a time. That is especially very hard for me. I get fatigued concerning questions. I think it’s a really exciting time for the entire culture — the business of music, such as it is.

In what sense?
It’s fascinating. It’s so exciting. I didn’t enjoy it seven years ago, but all there was were blogs — but now there is YouTube and Twitter and Facebook and a million strains. There is Kickstarter.

Do you think those changes would have excited you back in the D-Plan’s heyday?
Yeah. I wish I had Spotify when I was a high school student. But imagine waking up one day and you look out the window of Park Slope and there are macaws and leopards and howler monkeys in the trees, and you’re like, “Hey, what are those things doing out there?” And it was like, “Haven’t you heard, they migrated here, we have all these animals now.” And you’re like, “Whoa, are you fucking kidding me? Where I live? We used to just have squirrels.” That’s kind of how I feel.

It’s interesting to hear someone take a wide-eyed view of new models, instead of a cynical one.
You don’t know how good you have it. There were great things about how things were then. I think the way the music life was constructed back then produced better live bands, I’ll say that. I’ll be ageist. Older bands tend to be better live, because they played 99 million shows, and frankly, they constructed their songwriting and everything around impressing people in the club, and now I can tell people wonder how things will look on YouTube. 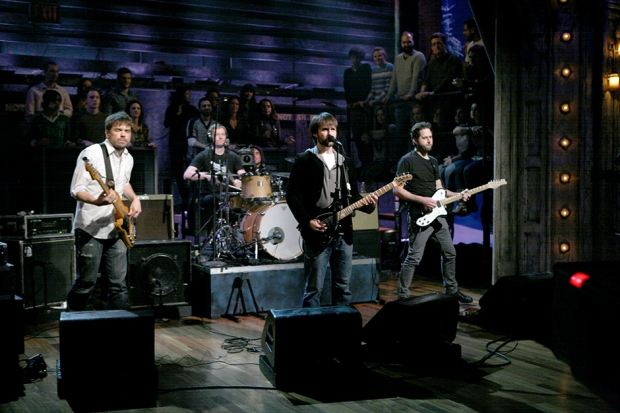 When you guys reunited and started playing shows again…
There ya go! That’s what grownups do: They don’t get back together. It’s not like my college girlfriend.

One of the biggest stories on SPIN this year was a photo outside of the Yeah Yeah Yeahs’ show that said, ‘No Fucking Phones.’
Yeah. It’s rock’n’roll. What do you do? You kick them out of the show? “Stop the music! I saw you! Security, take out that 4’11” girl with the camera!” Let’s put it this way: On YouTube, there is a fabulous clip of Fugazi playing “Waiting Room” at an early show. It looks like the best rock show of all time. The entire room is blowing up, [and] like any great show, the band kind of looks like the crowd. You can’t tell the band and the crowd apart. My first reaction was, “Imagine if half the crowd was holding cameras up during this scene.” But then I thought, “If you ban that, then this video wouldn’t exist.” If they looked up and said, “Turn off that camera, I see you up there”… is [that] good? Is it bad?

Do you remember a time in the past decade when you thought, I’m really glad I’m not making music right now?
Do you have a mental picture of me with like a Joaquin Phoenix beard? “I’m out of the game….” There were times where I was really glad I wasn’t on tour. I really loved being on tour until the day that I didn’t. That is something that happens to people of a certain age. Charles Darwin was on the S.S. Beagle for 10 years, and then he came home, and he never left his manor again. Never mind England, he never went to London again. He hung out at his manor. He had kids and wrote The Origin of the Species. Until then he had been on a boat, and back then it took you 10 years to get around the world on a boat. 10 years on a boat! And I think that’s a very human thing — you wander, and then there is some kind of switch. I was a really intense wanderer for 10 years, I really loved it and there came a time when I didn’t. I still love performing, but that is different then the never-ending road trip. I was glad I wasn’t in a van in Phoenix or L.A. Some days I would actually think about that. “I would right now be in west Texas in a van…”t

Was there a time when you were taking a break that you were like Man, I really wish I was recording music now?
No. I had moved to NYC. I was single. I had money in my pocket. There were good shows. I was just having a good time. Music very quickly lead from that. I lived in D.C. for 35 years, and it was a little dry to me as far as inspiration. As much as I loved my hometown; it will always be my hometown. [I was] just making a decision to live, I think.

Your solo album, 2004’s Travistan, was infamously given a 0.0 by Pitchfork. Thinking back, what would you rate it?
I would probably give it an upper five, lower six. I think there are a couple of super excellent songs I’m super proud of having written. I think it’s extremely tentative, as it should be, because I was starting again, and I had a lot to learn, I think. I love some of the fireside theater, hippy-radio comedy aspects of it. I will always love that about records. That doesn’t really make a record, but I like skits. I like little weird humor moments. I would say it lacked urgency. The songwriting was pretty good. Better than, say, the first Dismemberment Plan record; not as good as Emergency & I. If I was a critic and wasn’t in Destroy Mode, I’d be like, “Okay, he is getting his ya-ya’s out…. 5.9. He can’t make four of these, but this is a healthy thing for an artist to do in his position.” But that’s not what happened. That’s not what happened at all.

Neko Case on #MeToo, Art History, and Becoming a Producer: The Spin Interview