James Murphy and 2manydjs Take Insane Soundsystem on the Road 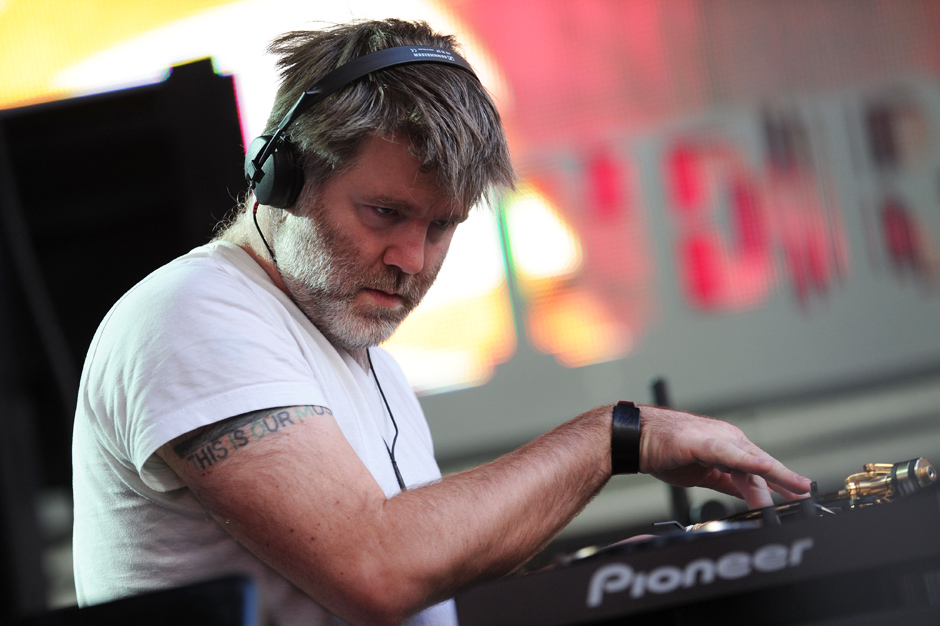 Back in July, LCD Soundsystem founder James Murphy debuted an actual soundsystem at the Manchester International Festival. He used the rig alongside brothers David and Stephen Dewaele (Soulwax, 2manydjs) for an all-vinyl three-man DJ experience that they dubbed Despacio (Spanish for “gradually”). Now that name has been revived for what’s become an ongoing nomadic club night, and the whole thing is heading to London in December.

The “revolutionary new club experience” is actually radically regressive (in a good way), as the computer-free sets are blasted out of seven 50,000-watt, 11-feet-tall speakers surrounding the audience — “the biggest audiophile soundsystem in existence.” The December 19 and 20 gigs will go down at the ballroom within the Hammersmith Town Hall, which really is a town hall. Despacio aims to bring “an analogue night into a digital world.”

The announcement explains that the New York DJ and his Belgian buddies conceived of the idea in Ibiza. The trio are, um, collectively credited as saying, “We were like: ‘We need a night here.’ We wanted a billboard which didn’t look like any of the other shitty billboards. Something that was just a different thing. We were like, ‘Let’s have a party, it’ll be regular, let’s build a sound system.” You can watch a documentary about that soundsystem too.