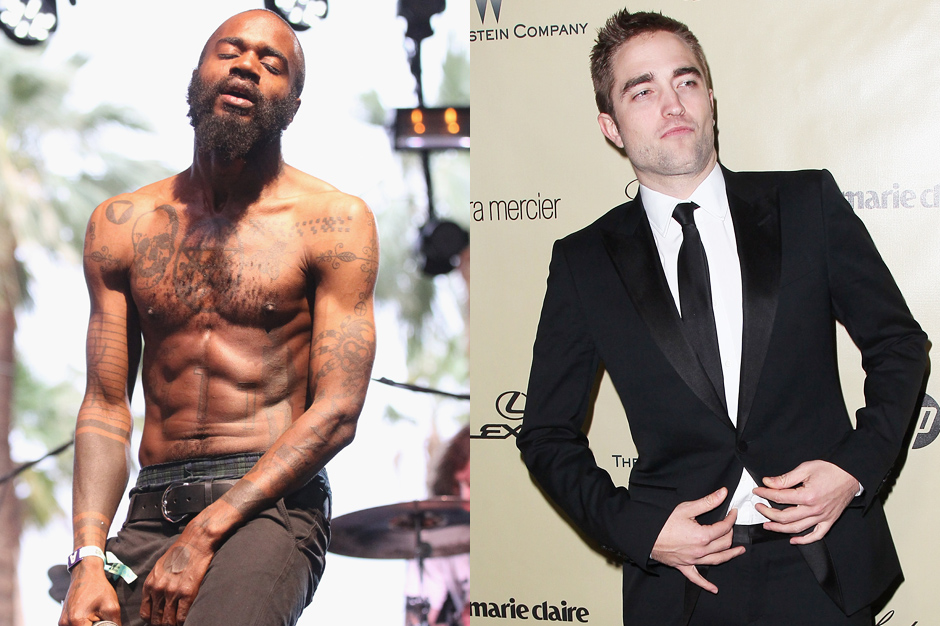 UPDATE: Death Grips have denied sending the letter below. According to Pitchfork, “There is no short film directed by Zach Hill and starring Robert Pattinson. They don’t know who sent the letter.” Of course, they also note, “But, this being Death Grips… who knows what’s going on.” Part of what makes the letter believable is the fact that Robert Pattinson has been seen hanging out with the band in the past. Of course, that’d make it equally fake-able as well. And Death Grips are known for subverting expectations — especially the very expectations that they themselves create (tours, label contracts, festival appearances). In any case, it’s still not hard to see why they were SPIN’s Artist of the Year in 2012. They keep us guessing, at the very least.

Death Grips have shared an open letter to their fans addressing their decision to return to the major label system, discussing forthcoming new music, and revealing the striking details of member Zach Hill’s short film Misoneism, which will — yes — be starring Robert Pattinson and Colin Hanks. “We purposefully employed very high profile actors to star in an experimental, avant-garde film, promoted only on smaller indie music websites,” the band wrote.

The film, which is about a young man forced into Brazil’s prostitution underground, will screen in spring of 2014 all of once at the Guild Theater in Sacramento, home of the noise-rap crew. Death Grips will provide the original soundtrack and have, in fact, already shared one song from it: “Birds,” which we wrote about in August. SPIN initially reported that Hill’s film would be feature-length. A two-minute trailer is set to appear on the band’s Tumblr soon.

The band elaborated further on their previously reported “very unique” team-up with Harvest/Capitol, explaining that their Thirdworlds imprint will be home not only to future Death Grips music, but a series of limited hardback books compiling vocalist Stefan “Ride” Burnett’s visual work. Oddly, they note that, “This message has been sent to exclusively 10 smaller websites to accentuate the minimal approach we are going to approach the promotion of Misoneism.”

Read the entire message from Death Grips below, via Pigeons & Planes.

This is a message from DEATH GRIPS.

We have recently founded a record label, created via a very unique relationship with Harvest/Capitol, to be distributed by Caroline. On here, we anticipate our creative endeavours being achieved with unaltered possibilities. Not only does it function as a medium to distribute any upcoming music we create, but it will also be used as a platform to showcase other forms of art. Stefan Burnett, our vocalist, will soon be releasing a very limited number of hardback books for his visual artwork, with the help of PictureBox. Not only that, but Zach Hill is currently wrapping up a short film he directed with an OST by DEATH GRIPS. The film is entitled Misoneism, is shot entirely in monochrome film, and follows the exploits of a young man forced into the underground prostitution business in Brazil. Starring Robert Pattinson and Colin Hanks, the film hopes to shed light on the matter in a shocking and abrasive way. The film is slated for a Spring 2014 release with a one time only screening at Sacramento’s historic Guild Theater. Further details on Misoneism will be released in the coming weeks through our Tumblr (now wiped clean and specifically dedicated to Misoneism.) A 2 minute trailer is to be released on the aforementioned link very soon.

Birds, released on 21st of August, can now be officially announced as a cut from Misoneism’s OST. The track was received extremely well.

This message has been sent to exclusively 10 smaller websites to accentuate the minimal approach we are going to approach the promotion of Misoneism. The film was conceived with the ethos of Sacramento’s 70’s independent films, most of which were fairly low budget and gained, at best, modest popularity. In a sense, the promotion is a social experiment. We purposefully employed very high profile actors to star in an experimental, avant-garde film, promoted only on smaller indie music websites and publications for reasons that we will reveal in the upcoming press kit.