Band heads back into the studio after wrapping 'Transatlanticism' anniversary dates 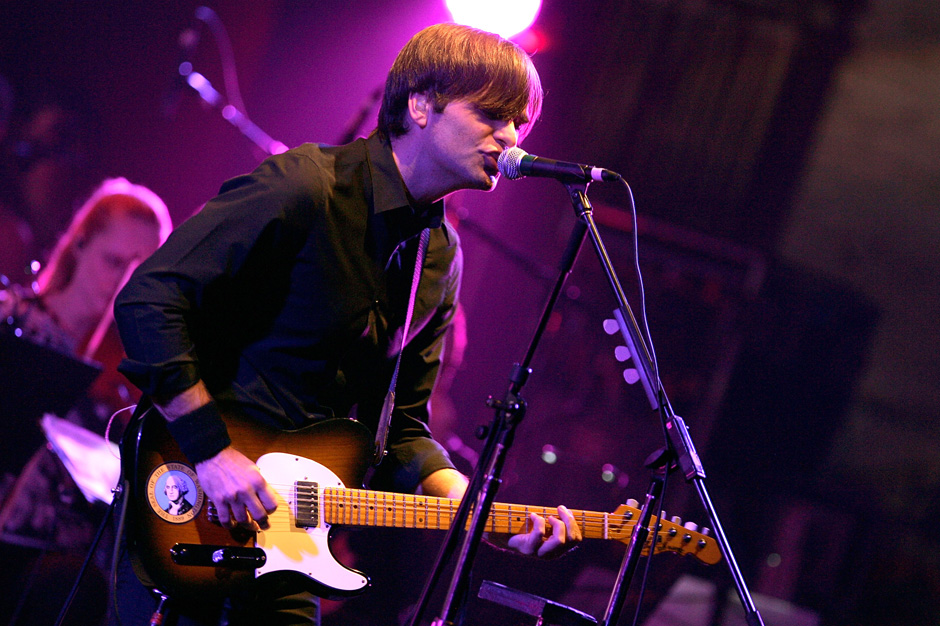 Death Cab for Cutie are officially hard at work on their eighth album. Yes, after a quick sojourn into a solo career and a victory lap reunion with the Postal Service, Ben Gibbard is back in the studio with his main band, crafting the follow-up to 2011’s Codes and Keys. Death Cab confirmed the progress on Thursday by uploading a batch of photos to the band’s official Instagram account with the hashtag “#inthestudio.”

Some of the images in question: A few guitars and basses labeled as “Paintbrushes”; a bass amp paired with the caption, “If you need Nick [Harmer], he’ll be in here for a bit”; another collection of equipment headlined “DCFC LP8 begins”; and a behind-the-back shot of producer-bandmember Chris Walla seated at a soundboard that reads, “Oh captain, our captain.” According to Rolling Stone, DCFC are shacked up in a Seattle recording studio.

Hints that another full-length was on the way first dropped back in June, when Gibbard assured a fan over Twitter that the group was in fact writing new songs together. It’s reasonable for Death Cab devotees to crave some fresh material — the indie all-stars have been mining their rich history as of late. Earlier this year, Death Cab rereleased all of their Barsuk-era albums on vinyl, and they’re planning to reissue their breakthrough LP, 2003’s Transatlanticism, in a special 10th anniversary package on October 29. The soft-hearted foursome also performed Trans in its entirety at this year’s Bumbershoot festival. Now, though, it’s on to a new album that will likely drop sometime in the “New Year.”