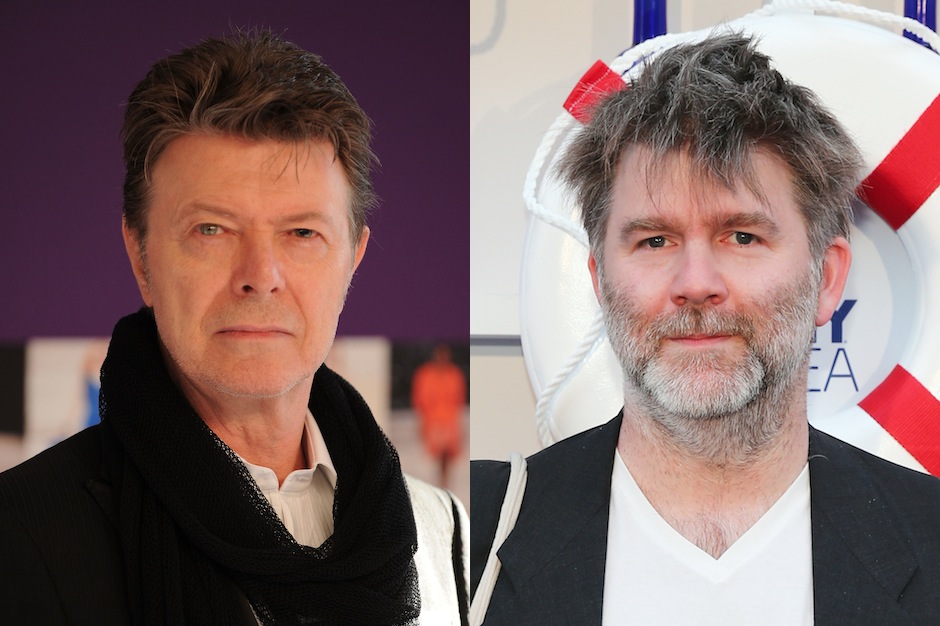 James Murphy has said that one of the first two records he bought as a kid was a “Fame” 7-inch by David Bowie. Now the LCD Soundsystem maestro and DFA Records honcho has had the opportunity to remix the art-rock luminary, and the results are streaming online at last.

“Love Is Lost (Hello Steve Reich Mix by James Murphy for the DFA)” is 10-plus minutes of spaced-out avant-disco that incorporates repetitive handclaps inspired by minimalist composer Reich’s “Clapping Music.” The track will appear on The Next Day Extra, a three-disc deluxe edition of Bowie’s new comeback album The Next Day. Murphy’s remix originally appeared accompanied by a brief interview in its BBC Radio 6 world premiere.

The Next Day Extra’s disc of bonus material also includes four previously unreleased songs plus a track that was previously a Japan-only exclusive. The set comes with a DVD of The Next Day’s music videos, too:“Where Are We Now?,” “The Stars (Are Out Tonight),” “The Next Day,” and “Valentine’s Day.”

As for Murphy, he has been working with former members of Sepultura on a project dubbed “a metal version of the White Stripes.” And of course, he also served as a producer on Arcade Fire’s Reflektor.