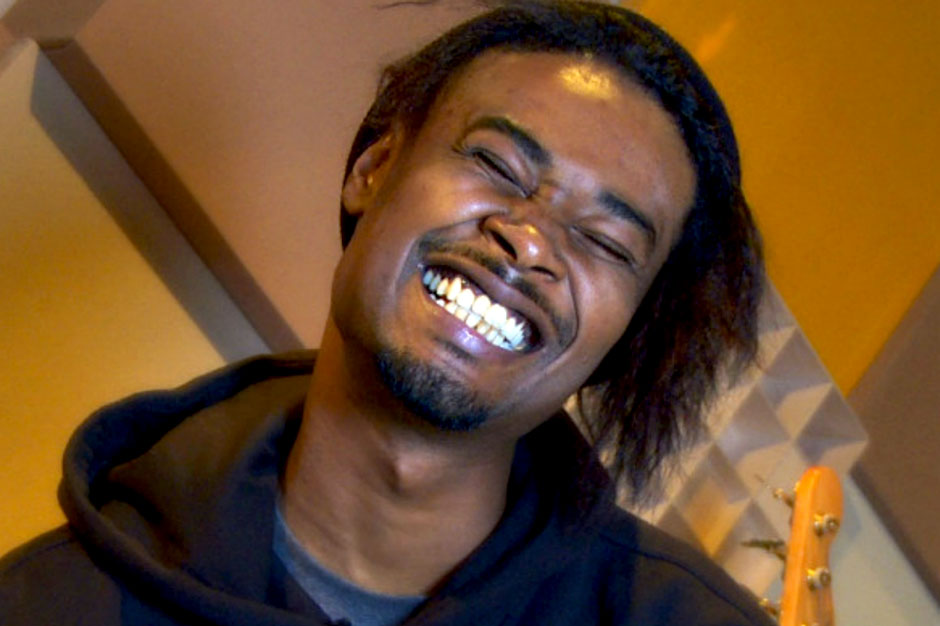 Does anything in the above photograph of Danny Brown seem unusual? Perhaps it’s the absence of the Detroit MC’s trademark gap-toothed grin, instead replaced by a mouthful of fresh pearly whites? Now, the Internet would have you believe that the above image is real — in fact, a Tumblr account posing as a Pitchfork affiliate would have you believe that KFC, of all entities, paid for Danny Brown to fix his smile — but, alas, the Internet is lying to you.

As Complex points out, the photo of post-dental work Danny is making the rounds online, being touted as proof that the squwaky spitter has repaired teeth. But the original image — which features the Old rapper beaming his true, broken smile — was simply Photoshopped back in 2012 by a Tumblr user. Another Tumblr picked up the doctored photo recently and cooked up a bogus back story in which Brown chipped his front teeth after being hit by a car in the parking lot of a KFC.

“KFC offered Brown an apology last Monday,” the Tumblr claims, “And agreed to cover the $2,200 price tag for Brown’s two new porcelain veneers.” According to this fiction, Brown decided to have the surgery to commemorate the success of his newly released Old LP. “I wanted to fuckin’ celebrate,” reads one fake quote attributed to the 32-year-old hip-hop star. “At first I was gonna get my teeth plated. Then I’d call my next album Gold.”

Several news outlets picked up the story and reported it as true, but Brown set the story straight with a single, pithy tweet issued on Monday:

I ain’t got my damn teeth fixed … Y’all resharded