"I do love the idea of something having a beginning, middle, and end. It's something I latched onto with other DJs, from an early age, and something I continue to love." 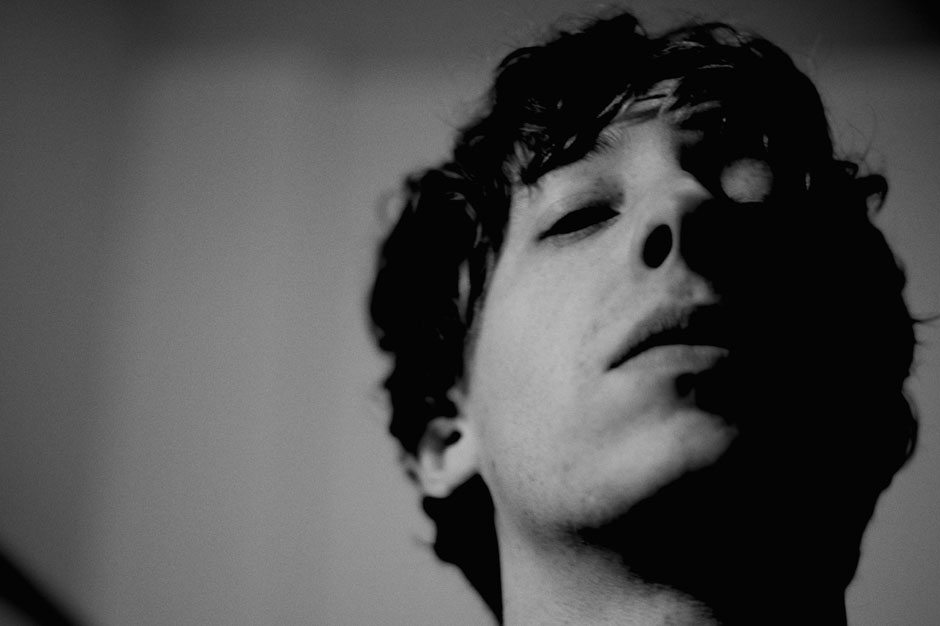 Who: Despite the fact that we’re here to talk about his debut album, Daniel Avery considers himself a DJ first and foremost, which makes the London-based musician something of a rarity in an era when so many of electronic music’s young guns start out as studio boffins, get noticed on SoundCloud, and only then grapple with the question of what to do on stage. By the time Avery began putting out cavernous, charcoal-hued techno 12-inches on labels Optimo Music and Erol Alkan’s Phantasy Sound early last year, he was already a resident DJ at London’s Fabric nightclub, where he used his warm-up slots as the opportunity to connect the dots between crackling post-punk, vintage acid, and brusque, brooding techno. His side-winding FabricLive 66 mix CD, in fact, preceded his debut album by nearly a year. But if the bullet points on his resume don’t follow the customary order, the albums — dark and twitchy, full of eerie bell tones and murky voices — speak to the most organic kind of artistic development.

Oh Bournemouth, So Much to Answer For: Avery grew up in Bournemouth, a “small, sleepy town” on the south coast of England, where, he says, “my one solace and safe haven was this nightclub called Project Mayhem,” where records from the Pixies and New Order were spun alongside ESG, electroclash, and Kompakt. Still, he never imagined himself behind the decks until he walked into a record shop run by the club night’s promoter and saw an open call for warm-up DJs. “I really mean this, it hadn’t even crossed my mind,” he stresses. “Nothing had even materialized in my head before. But when I saw that sign, I thought it might be a cool thing to do. I went for the job and got it — well, it wasn’t a job, because it wasn’t paid — and the second I started doing it, I loved it immediately. It wasn’t about people dancing, because it was the beginning of the night. It was just about sharing music.”

A Room With a View: To record the album, Avery set up shop in a converted shipping container that he shared with a now-defunct band called S.C.U.M. One benefit of the arrangement was that it gave Avery access to the band’s gear. “A big moment came when I started putting my synthesizers through their guitar pedals,” Avery explains, “Space Echo, and things like AMS delays, which is what Martin Hannett used on all the Factory Joy Division stuff. I never wanted it to be a rock-meets-rave record, but the sounds that came out immediately sounded good to me, and inspired me to keep going.” He also availed himself of the band’s drums, bashing out rickety hi-hat lines that give the album its jittery sensibility; but the real benefit was environmental. “What I liked about it was traveling to the studio,” Avery says. “I was living in South London at the time, so I had to travel across the river, and the studio itself looked out onto the Thames. I felt very much like I was in London. I do think it’s a very London record. I felt like I was at home, doing something that came from my home.”

Sticky Fingers: Indeed, he says, while he didn’t set out to make a specifically British record, “when I was looking through all my influences and the things informing the record, most of it was British. That’s even down to things like My Bloody Valentine or Primal Scream, as well as Underworld, the Chemical Brothers, Leftfield, and also more modern things like Four Tet. At the same time, nearly all those references are old things — Chris and Cosey, Death in Vegas. I definitely didn’t want to make some kind of retro throwback thing. I wanted the record to sound as if it only could have been made, by me, in 2013. That was the most important thing. There’s certainly an element of earlier acid house in there, but I wanted it to have a very modern pulse.” But he also spent plenty of studio time immersed in inspirations that fell much further afield; in between recording, Avery would sit in his shipping container and read books like Jonathan Franzen’s Freedom, Haruki Murakami’s After Dark, and Paul Auster’s The New York Trilogy. “I also read Keith Richards’ autobiography,” he admits, “which is where the name ‘Drone Logic’ comes from. He talks about discovering a new way of playing guitar based on Indian drone music, and the excitement with which he writes about it inspired the name of the track and, subsequently, the album.”

This Is a Journey Into Sound: In addition to the stylistic similarities between Avery’s FabricLive mix and Drone Logic, there are structural parallels. There’s a false ending midway through the mix, a moment of dead air that has the effect of ratcheting up the tension on his virtual dance floor, and the movement of the album also breaks halfway through — “It’s kind of the idea of, ‘Here’s an LP,’ and turning it over, side A and side B,” explains Avery.  No matter what format he’s working with, he says, “I do love the idea of something having a beginning, middle, and end. It’s something I latched onto with other DJs, from an early age, and something I continue to love. ‘Journey’ has become a dirty word over the past few years, but when I go and see any band or DJ or film, for that matter, I like it the most when it’s a total trip from beginning to end.”