Cults’ ‘Static’ Is a Forward-Thinking Breakup Record That Actually Respects Itself, and You

Home » New Music » Reviews » Cults’ ‘Static’ Is a Forward-Thinking Breakup Record That Actually Respects Itself, and You

It’s hard to move forward if you can’t make sense of the past, whatever set of events led you from love to loss: his night moves, her suspicious mind, someone’s annoying back tattoo. Thus do NYC duo Cults find themselves stuck in the middle with us on their sophomore album, a dissolving-romance chronicle that refuses to let go: “I wind up all the old clocks / So I can say we never missed a beat.”

Get me out of here, take me back: That’s breaking up in a nutshell, and Cults till this soil multiple ways. Take the sonics of Static. In the rearview mirror, there’s the Wall of Sound familiar to fans of Cults’ self-titled 2011 debut: reverberated, adenoidal vocals; twinkling bells and chimes; resplendent guitars; tremulous organs that evoke the Beach Boys; playful rhythms that evoke the beach. Up ahead, there’s the hope of pulling all this together into something bigger, better, more surprising — something distinctly modern as opposed to lazily retro.

They succeed. Witness the triumphant stomp of “Keep Your Head Up,” a song that manages to claw its way through a thick fog of spectral Spector organs to emerge as a cross between Mazzy Star and the Lumineers — its major chords declaratively peppy, its minor ones unflinchingly mopey. You can’t listen to the loping beat and singer Madeline Follin’s teenybopper croon on “Always and Forever” without imagining disco-ball snowflakes sweeping across the poodle skirts at the Enchantment Under the Sea dance. And you can’t come across “High Road” without harkening back to Interpol’s take on post-punk, with its careening bass and drums, wisely placed guitar flourishes, and a chorus that takes things down a notch instead of up: “Should have took the high road / Now my days have all turned black.”

Putting these influences in air quotes is not the goal, though: Cults are more confident in their sound here. Instead of gussying it up (call in the hurdy gurdy!), they’ve pared it down. This record isn’t erudite; it’s about as meat-and-potatoes as indie rock gets these days, with songs mostly clocking in at under four minutes. Unlike the work of too many of their peers these days (looking at you, Arcade Fire), Static is not a high-minded critique of These Modern Times. It’s merely and delightfully about this one thing, except in Cults’ hands, there’s more to ending a relationship than makeup sex and Facebook updates. 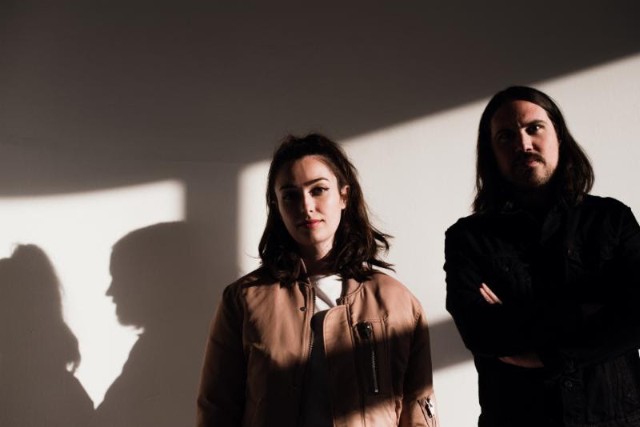 With a few notable exceptions (Toto’s “Rosanna”?), breakup music rarely names names, and that seems to be part of this album’s sleight-of-hand. What starts out as a spurned lover’s endless perseverating evolves, over repeated listens, until the object of her obsession isn’t so much her ex as it is her youth itself, which is the thing about young love: It’s hard to decouple the young from the love. Are we pining for the person we spent all day in bed with, or simply the experience of spending all day in bed, a feat that becomes increasingly hard to pull off as adulthood wraps its knuckles around your throat?

“Every day away / The distance slowly grows / Further and further / So close to letting go.” “So Far” begins with a flourish of arpeggios you could mistake for a Wes Anderson soundtrack before it lets out a distorted roar and Follin sings, “Reach out a hand to me / It’s not over.” Is she addressing her ex or herself? Is it the relationship slipping through her fingers, or something less tangible — that certainty that you’ll be young forever, together forever, conquering the world with your boo? Funny how a break-up record can sound so similar to a grow-up record: Get me the fuck out of here, but please, for the love of god, take me back.