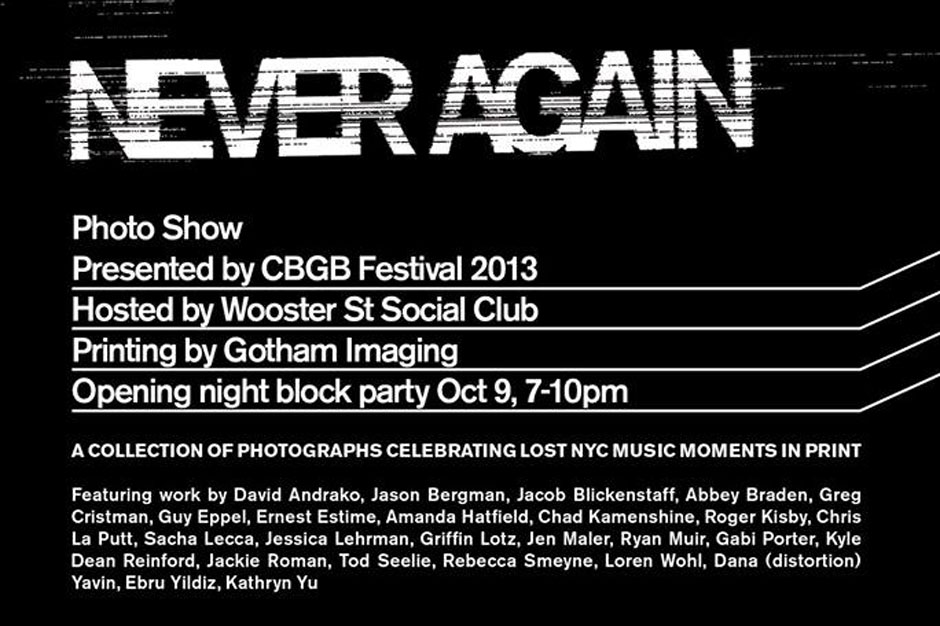 The 2013 CBGB Music & Film Festival kicks off in New York next week, presenting five days of live music, film screenings, panel discussions, and, now, a photography exhibit. Dubbed “Never Again,” the showcase will be held at the Wooster Street Social Club in Manhattan and is set to run from October 9 through November 1.

Featuring the work of more than 20 active, professional music-photographers, Never Again promises to celebrate “the places, people, and artists surrounding the New York music culture that has been lost in today’s atmosphere of ‘progress.'” Organizers predict that the installation will serve as “the lexicon of the New York music scene, documenting the moments that can never be recreated, and continuing the tradition championed by music-photographers of the past — creating new legacies of moments that might otherwise be overlooked.”

Many photogs honored in the upcoming exhibit have contributed to SPIN in the past, including Chad Kamenshine, Ryan Muir, Jackie Roman, Tod Seelie, Rebecca Smeyne, Loren Wohl, Dana (Distortion) Yavin, and Kathryn Yu. For a peek at some of the images included in Never Again, scroll down — the first three shots (depicting the National, LCD Soundsystem, and JEFF the Brotherhood) were commissioned specifically for SPIN.

Never Again begins with a block party hosted by the Wooster Street Social Club. Attendees should drop by between 7 and 10 p.m. on October 9 for food, drinks, and a live DJ set. The 2013 CBGB Music & Film Festival takes place between October 9 and 13 at various venues across Manhattan and Brooklyn. The film segment is also organizing the U.S. premiere of the CBGB movie, scheduled for an October 8 screening. 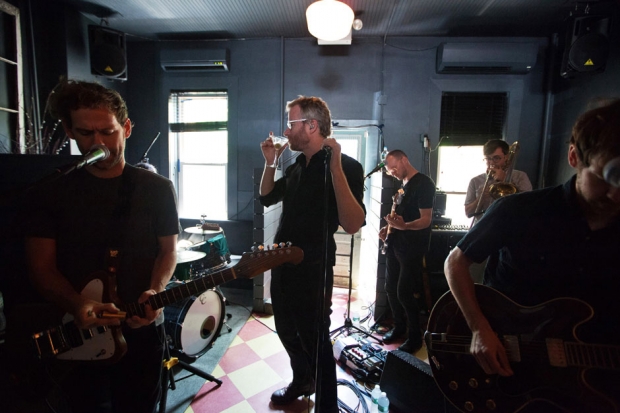 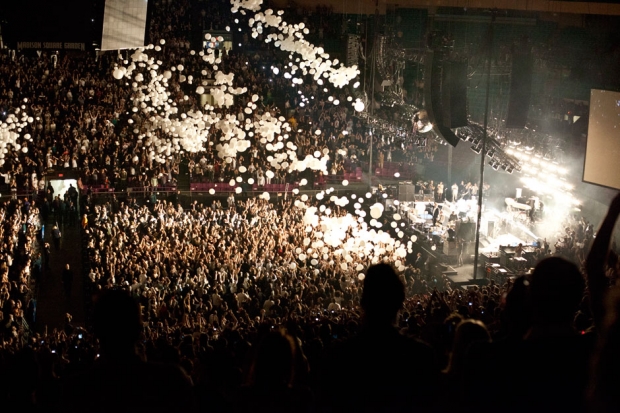 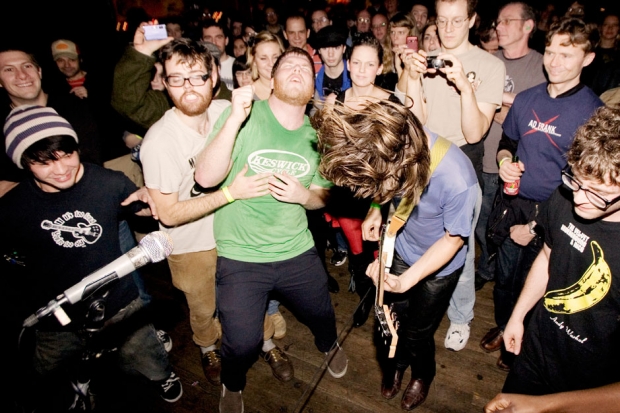 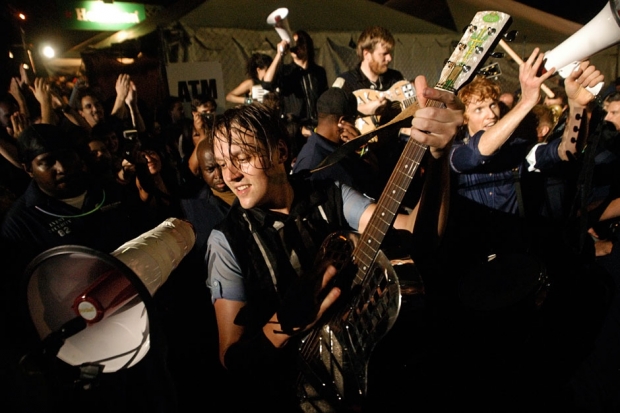 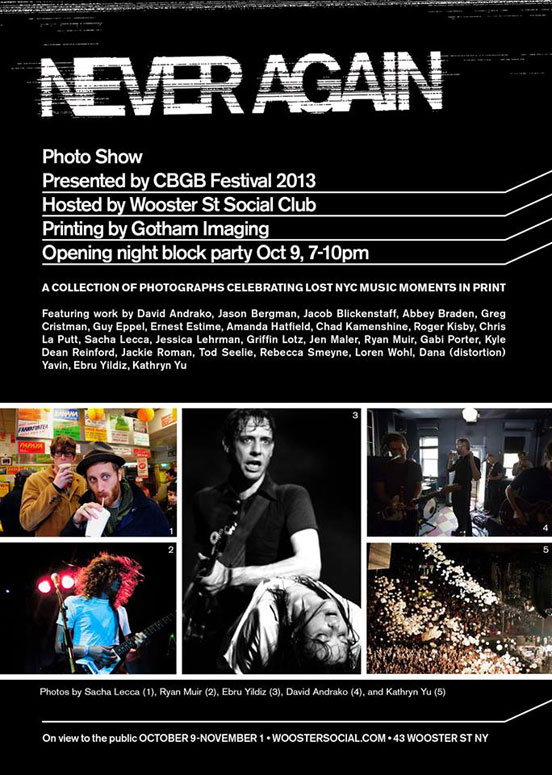