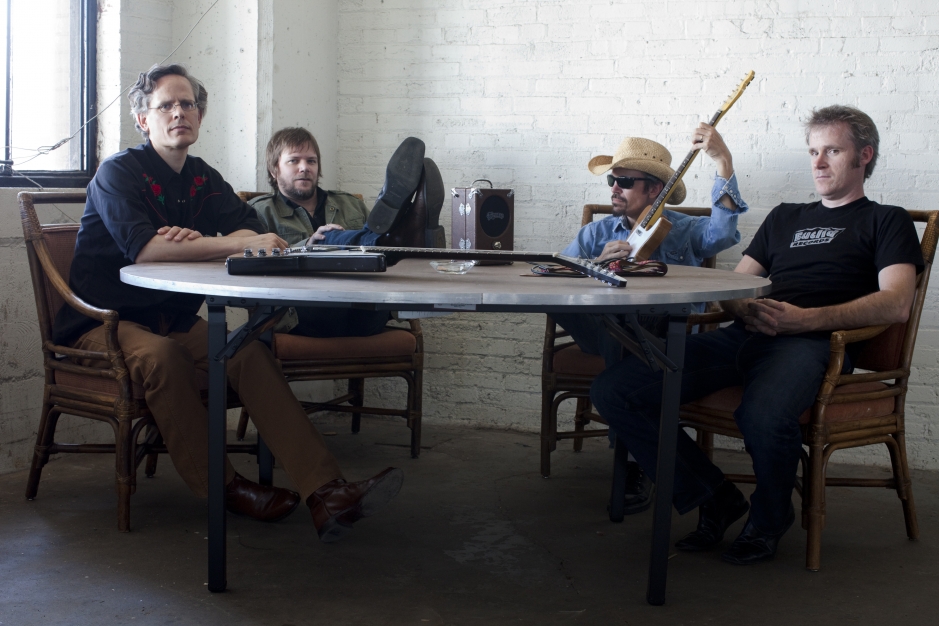 If you don’t know the Bottle Rockets, there’s no better time to get acquainted. See ‘em up there, tipping their collective proverbial hat your way? The St. Louis band were peers of Old 97s, Whiskeytown, and, most significantly, Uncle Tupelo — the alt-Americana outfit that wound up spawning not only a name for that emerging ’90s sound (No Depression), but a pair of projects now known as Son Volt and Wilco.

Of course, if no one was around to tweet it, how do we know it happened? That track down yonder will come in handy. This song is “Indianapolis,” a 1991 demo sung and strummed by Bottle Rockets founder Brian Hennman, but backed by Jeff Tweedy (Wilco) and Jay Farrar (Son Volt). Uncle Tupelo accompanied the man on a handful of early recordings, which ultimately helped Henneman’s band sign an indie deal.

Now, Bloodshot Records is reissuing the posse’s first two out-of-print albums, The Bottle Rockets and The Brooklyn Side, having assembled a two-disc deluxe set complete with all of the remastered original songs, 19 additional unreleased bonus tracks, and a 40-page booklet including contributions from such outlaw country notables as Steve Earle and Lucinda Williams. That’ll arrive November 19. Pre-order here.

But first, “Indianapolis,” a folk-blues song about life on the road replete with colorful characters, handclaps, harmonicas, and at least one well-aimed John Cougar Mellencamp diss. In that 22-year-old track, it’s not clear whether the Bottle Rockets will ever make it back out onto the road. We’re happy to report that they’ve at last posted a few more dates, which you can find below the song.