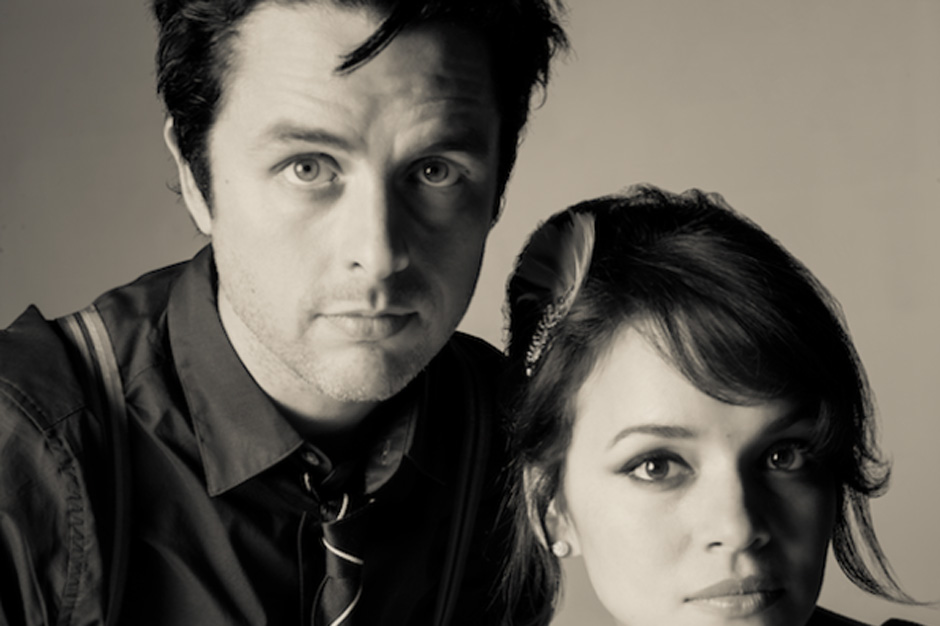 Billie Joe Armstrong is taking a breather from Green Day after last year’s ¡Uno!, ¡Dos!, ¡Tré! album trilogy to team with jazz-pop starlet Norah Jones. The two are releasing their very own version of the Everly Brothers’ 1958 album Songs Our Daddy Taught Us, which they’re calling Foreverly (get it?). Due November 25 via Reprise Records, the upcoming LP was recorded in New York City over a span of nine days, spread across two studio sessions. Armstrong and Jones spoke with Stereogum about the project, explaining how the collaborative effort first came together.

Armstrong said he originally met Jones 10 years ago at the Grammys. “We sang together with Stevie Wonder and his band and a whole bunch of people. [Then] I got into the Everly Brothers’ record a couple years ago and I thought it was just beautiful. I was listening to it every morning for a while off and on. I thought it would be cool to remake the record because I thought it was sort of an obscure thing and more people should know about it, but I really wanted to do it with a woman singing because I thought it would take on a different meaning — maybe broaden the meaning a little bit.”

His wife suggested he contact Jones about doing a duets album and, clearly, she took the pop-punk vet up on the offer. “It was just fun being open and working with someone who was so up for trying out different things,” Jones said of working with the Green Day frontman. “These songs are pretty straightforward and it’s a lot of the same tempos but, you know, we’re doing our own thing … We wanted to play around with the arrangements a little and that was really fun.”

The original Songs Our Daddy Taught Us is actually a covers record itself, collecting 12 traditional country tunes that were already well known at the time, ranging from “songs about a kid dying from consumption and a guy killing his wife and throwing her in a river,” said Armstrong, to “a song about the loss of love and blah blah blah.” We’re particularly looking forward to hearing that last one.

Right now, the duo can’t make any promises about a forthcoming tour (“I don’t know if there’s going to be time,” Jones says), but they have shared the first track from Foreverly. Read the entire interview at Stereogum, stream Armstrong and Jones’ country-dwelling “Long Time Gone” below, and head over to iTunes to pre-order the entire album.