Meet "Flashbulb Eyes," "Joan of Arc," "Supersymmetry," and "It's Never Over (Oh Orpheus)" 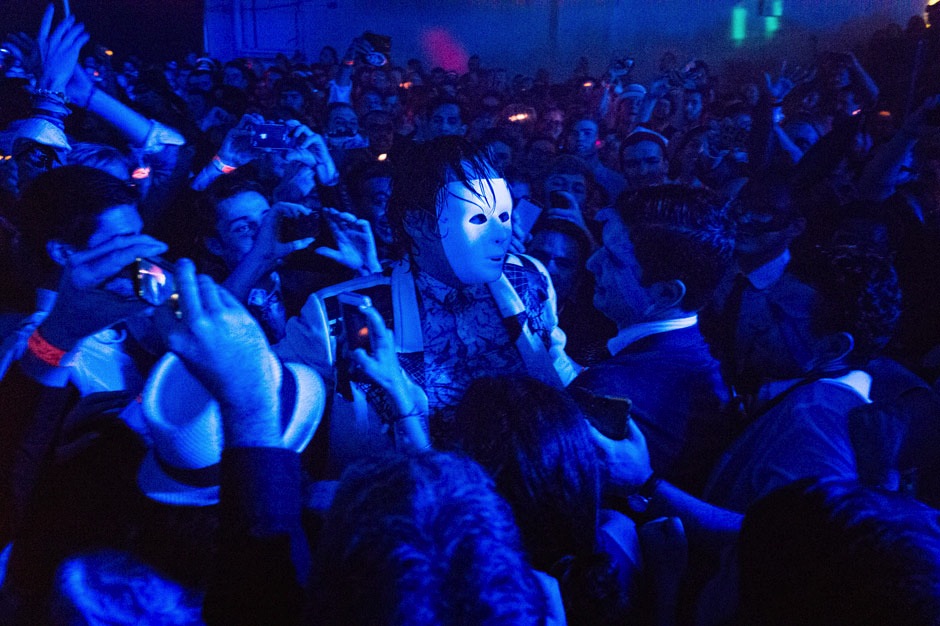 Once a secret is shared, it’s no longer a secret. As SPIN’s review of Arcade Fire’s first pseudononymous Brooklyn gig of the weekend notes, the Canadian indie rockers have made a mission statement out of the line from their Reflektor title track, “We’ve all got things to hide.” They played a second show at 299 Meserole St. in Brooklyn on October 19, and this time fans managed to smuggle video of new songs onto YouTube (via Stereogum). Intriguingly, the dubby “Flashbulb Eyes” includes frontman Win Butler singing, “I’ve got nothing to hide” — the opposite of that “Reflektor” lyric. Feast your eyes and ears as well on hard-charging “Joan of Arc,” synth-sprawled album closer “Supersymmetry,” and stomping, emotive “It’s Never Over (Oh Orpheus).” The band is due to appear on The Colbert Report tonight (October 21), and the album arrives on October 29 via Merge Records.