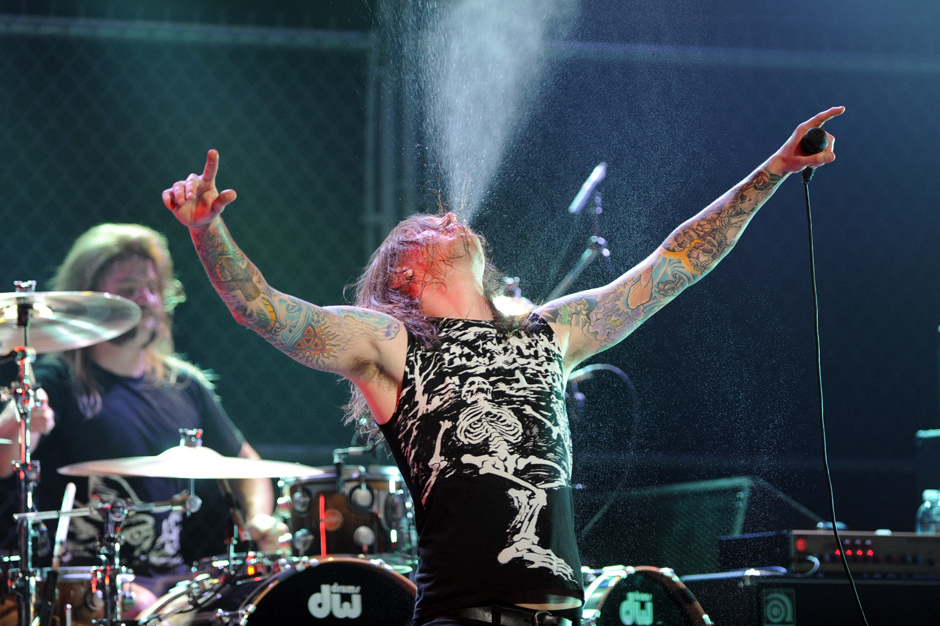 As I Lay Dying frontman Tim Lambesis has pleaded not guilty in response to charges that he attempted to hire a hitman in order to carry out the would-be murder of his wife. As reported in May, the Christian metalcore singer was picked up by police in Oceanside, California after he solicited an undercover police officer for the ill deed. Defense attorney Thomas Warwick claims Lambesis had been using steroids as a bodybuilding aid, and that the drugs warped his mind.

According to prosecutors, as reported by Billboard, the vocalist emailed his wife Meggan last August expressing that he wanted a divorce. She supposedly later learned that he’d been having an affair. Lambesis then reportedly told a man at his gym she’d been keeping him from their three adopted Ethiopian children and hindering the breakup process, so he’d decided to search for a contract killer. The man reported the information to authorities, leading to the sting.

Lambesis was released on $2 million bail in May with the requirement that he wear a GPS monitor and stay away from his wife and kids. The prosecution claims that he paid the undercover cop $1,000, plus supplied him with a photo of Meggan, her home address, the security code for the front gate, and a list of dates that he’d be with the kids so that Lambesis would have an alibi. The current hearing will determine wether or not the case will go to trial.