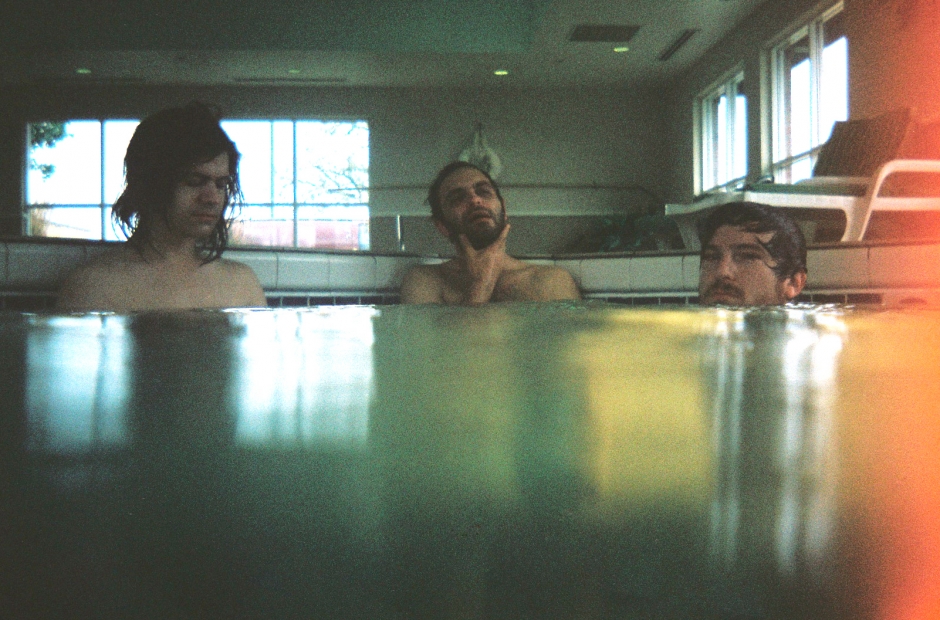 Back in April, Tera Melos unleashed X’ed Out, a restless full-length that furthered the Sacramento trio’s transformation from post-rock wanderers to hyperactive guitar shredders. Now, the math-pop unit have put together a remix EP that reimagines a few tracks off of their latest album. One such reinterpretation comes courtesy of future Tera Melos tourmates Fang Island, who tackle X’ed Out opener “Weird Circles.”

The Brooklyn-based hook-slingers mostly do away with the quiet-loud dynamic of the original — which is to say they more or less abandon the “quiet” part of that equation. Fang Island’s version of “Weird Circles” runs on steady, thundering percussion rather than itchy guitar work, and the vocal outbursts from Tera Melos’ Nick Reinhart have been smoothed over and faded out, sinking deeper into the mix. Stream the redux below.

Fans can pick up the X’ed Out Remixes EP at the merch table during Tera Melos’ tour dates. Pre-orders of the limited edition 10-inch are currently available online, with a tentative shipping date of October 20. A digital version of the short-player will arrive on October 8. Scroll further for the EP’s track list (which features remixes by Zorch, Busdriver, and Nick Reinhart), followed by Tera Melos’ tour dates.