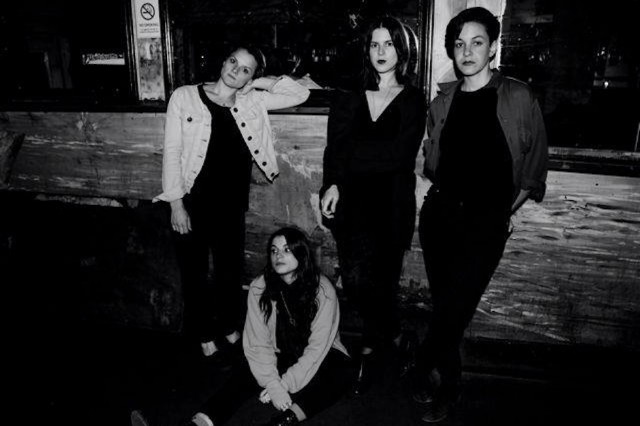 “Sorry for all the big talk,” Kristina “Teeny” Lieberson repeats on the latest from TEEN. “Big Talk” finds the former Here We Go Magic member’s Brooklyn-based group well within their strengths, precisely pounding out dream-pop that’s as whimsical as it is entrancing. The track was recorded during the session’s for this year’s Carolina EP, so the big talk Lieberson had in mind might’ve been the boastful “Better,” from the band’s 2012 debut album In Limbo; that’s the one where Liberson sings that she’ll “do it better than anybody else.” Well, as this whirring, whooping space-out reveals, TEEN do what they do well, and nobody else does it quite like this. The single is out on October 8, and you can hear it below via Noisey. Apology not accepted.