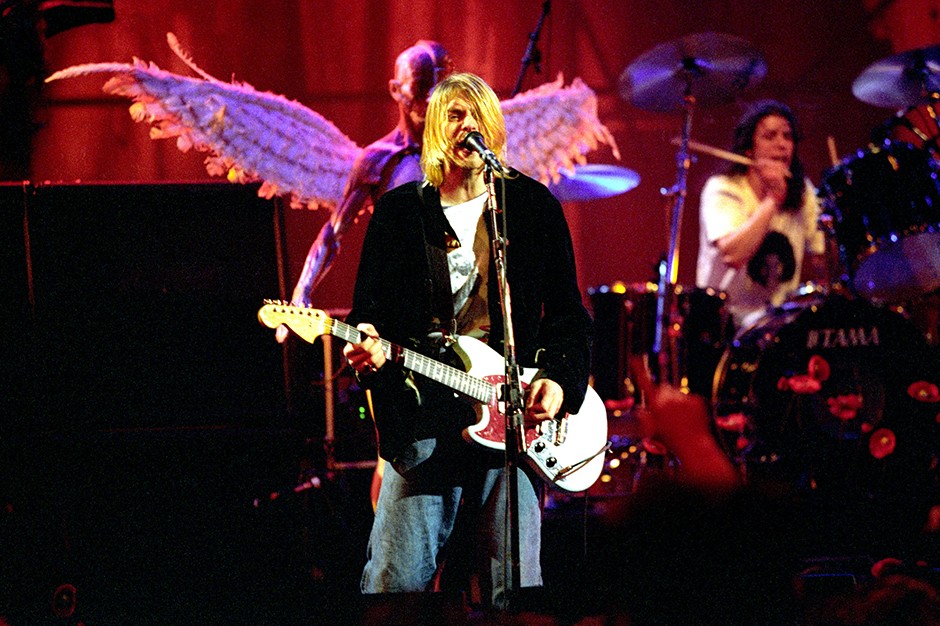 The new “Super Deluxe” reissue of Nirvana’s In Utero contains many things: Dozens of bonus tracks, a previously unreleased “Forgotten Tune,” a DVD capturing the iconic band’s Live & Loud concert, and, in the liner notes, a four-page fax that producer Steve Albini sent to Nirvana in 1992, wherein he lays out a work proposal for the album’s recording sessions. The massive box set was released earlier this week in conjunction with In Utero’s 20th anniversary, one large-hearted fan has scanned the fax and uploaded it online.

“I consider the band the most important thing,” Albini wrote. “I think the very best thing you could do at this point is exactly what you are talking about doing: bang out a record in a couple of days, with high quality but minimal ‘production’ and no interference from the front office bulletheads. If that is indeed what you want to do, I would love to be involved.”

He also goes on at length about his refusal to take “points” (i.e. a percentage of the album’s profits, an industry standard for big producers). “I would like to be paid like a plumber…. The record company will expect me to ask for a point or a point and a half. If we assume three million sales, that works out to 400,000 dollars or so. There’s no fucking way I would ever take that much money. I wouldn’t be able to sleep.”

In a recent interview with writer, podcaster, and radio personality Vish Khanna, Albini discussed the intense corporate pressure Nirvana was under in the wake of their watershed Nevermind LP. “All of the people that were carping at the band from the outside about what a mistake they’d made with this record, that pretty accurately represented what they wanted to do with their music… all of those people [are] parasites,” he said. “They weren’t involved in making the record. They want, somehow or another, to claim authorship of the creative output of these other people who are actually doing the heavy lifting for their career. I can’t have any respect for somebody like that, who’s not involved in the creative process but then decides that they wanna snipe at it from the outside and manipulate people into doing things to suit them. Fuck every one of those people.” Well said.

To get a peek inside Albini’s head circa ’92, read his entire letter to “Kurt, Dave and Chris” below (via Vanyaland).

And be sure to check out SPIN’s exclusive Nirvana coverage, including our 1993 cover story on the band just before In Utero was originally released, our gallery of Nirvana-minted schwag, and our in-depth breakdown of the In Utero box set. 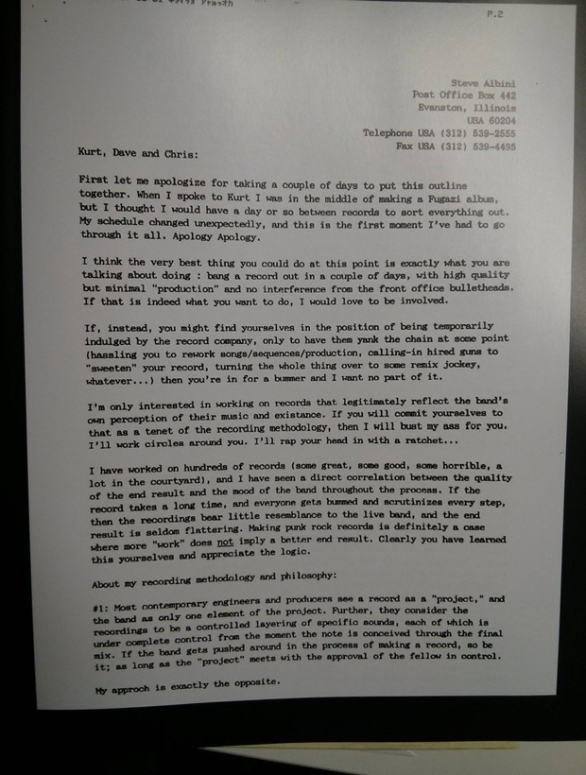 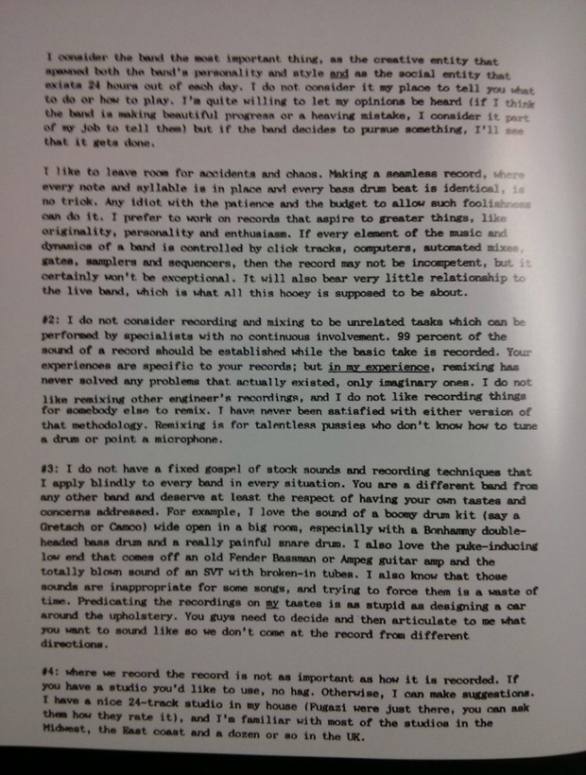 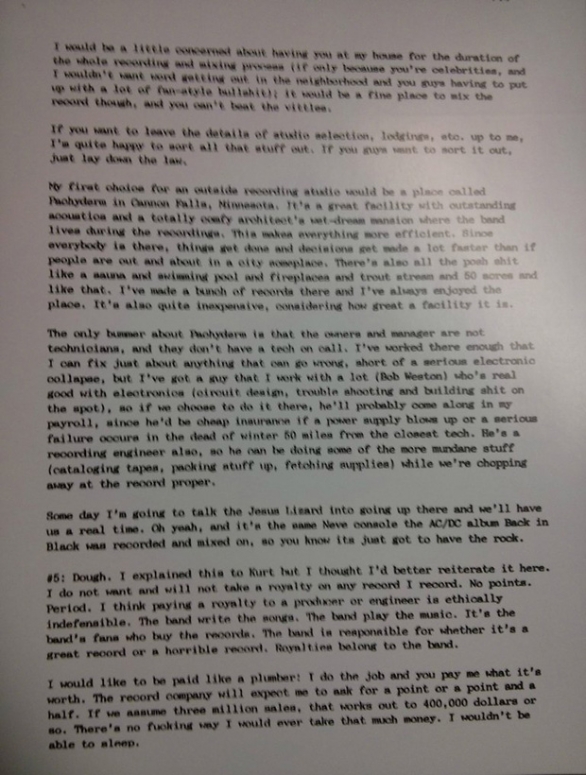 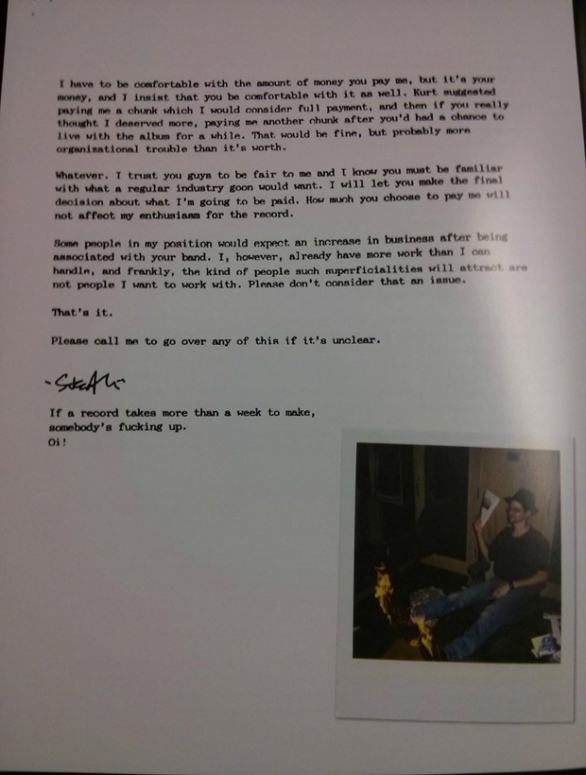