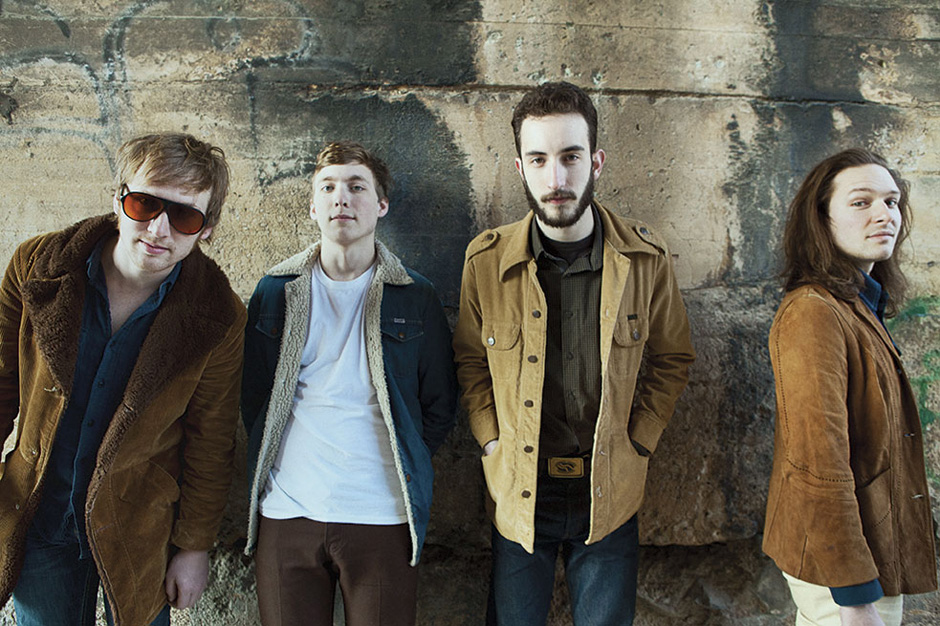 For years, members of Promised Land Sound made the rounds in the Nashville garage-rock scene, playing with Pujol and alongside various members of JEFF the Brotherhood and Those Darlins. Now, the country-leaning quartet — composed of Sean Thompson (guitar, vocals), brothers Joseph and Evan Scala (bass and vocals, and drums, respectively), and Ricardo Alessio (keys) — are ready to unveil their self-titled debut album.

“It takes time to learn who you are creatively before you can really start writing your own music,” Thompson says. “At least for me.”

Due September 24 via Paradise of Bachelors, the 11-track full-length was recorded in Promised Land Sound’s home city with local studio mastermind Andrija Tokic (producer behind the Alabama Shakes’ Boys & Girls) at his headquarters, the Bomb Shelter. “It’s a very non-descript-looking pink house and it’s got a classic, sweet pit bull guard dog,” Thompson says, “but on the inside it’s this Mecca of recording gear.”

“His vibes in the studio helped everyone be productive,” Thompson recalls. And productivity was key for him and his bandmates, seeing as they could only book a four-day window to lay down the entire album. “We were just smoking bowls, hopped up on coffee, drinking beer, just killing it,” Thompson says. “Trying to find some kind of steady rhythm to flow through for at least four or five hours and then figure something else out when you run out of gas.”

This stream has been removed.