On long-lost tapes soon to be released by Dark Entries, the late disco producer trades hi-NRG for spooky synth fantasias 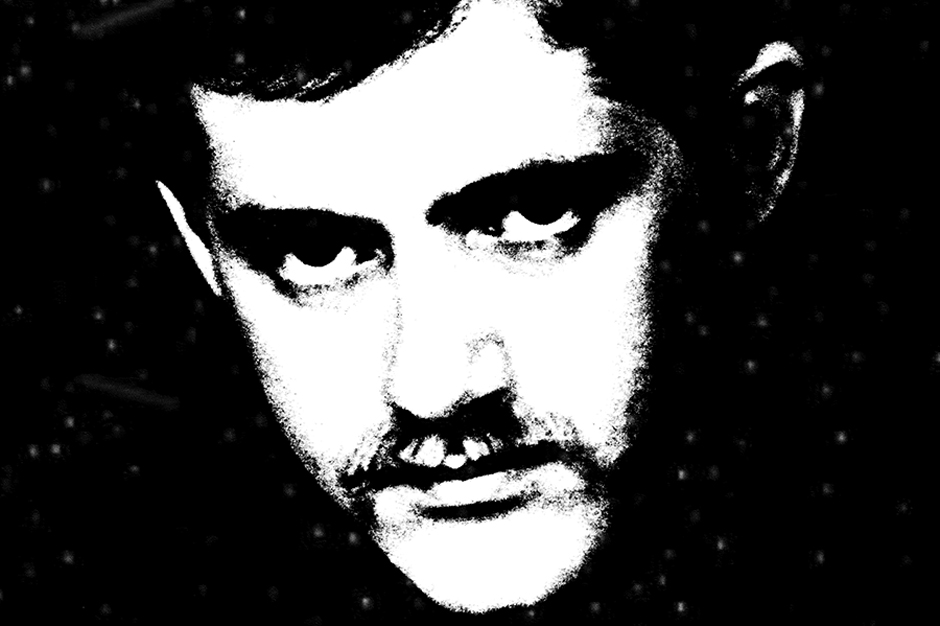 The San Francisco disco producer Patrick Cowley was one of the chief architects of the style known as hi-NRG, a bouncy, keyboard-heavy extrapolation of Giorgio Moroder’s robo-disco chug. His formidable programming skills landed him a gig playing synthesizers on Sylvester’s 1978 album Step II, initiating a longstanding collaboration between the two musicians that would yield, among other highlights, the 1982 hit “Do You Wanna Funk“; Cowley’s own “Menergy” and “Megatron Man” — which connect the dots between disco, new wave, and cosmic music — remain cornerstones of the futuristic, pulse-raising sound.

But on a set of long-lost recordings to be released by the synth-centric reissue label Dark Entries (named in honor of Bauhaus, if you hadn’t figured it out), Cowley also turns out to have mastered a style that might be called “lo-NRG.” Collecting material written between 1973 and 1981, School Daze shows off Cowley at his weirdest: Clammy coldwave fugues, shuddering proto-techno, and quixotic funk studies that sound like Raymond Scott high on mushrooms and Moebius. It’s stunning that some of this is so old, and still so futuristic; more stunning yet that some of it dates from Cowley’s college days. But what’s strangest about the project is that the music was previously used in the films of Fox Studios, a Los Angeles porn company; it’s hard to imagine any hardcore coupling being soundtracked by the soft, squishy “Nightcrawler.”

Cowley died in 1982 at the age of 32, an early victim of a disease so baffling it had no name; it wouldn’t become known as AIDS until the following year. Until recently, the tapes had lain mouldering in a Los Angeles storage garage. Having been restored and remastered for vinyl by George Horn at Berkeley’s Fantasy Studios, School Days will be released on October 19, what would have been Cowley’s 63rd birthday. Listen to “Nightcrawler” in full right here, and for more disco, don’t miss SPIN’s 30 Best Disco Songs That Every Millennial Should Know. Read on for a short but fascinating Q&A with Cheon, who explains how the tapes finally saw the light of day.

Were you surprised by what you heard on the tapes? The music on School Daze seems pretty out-there, even by his standards.
Yes, we never imagined Patrick would have composed 20-minute, sprawling, hypnotic dream states. We think the darker compositions reflect the gay bathhouse scene of San Francisco during the late ’70s. Patrick frequented the bookstores in the Castro and the bathhouses of SOMA, a few blocks from his recording studio. He had the perfect setting to compose songs there. He also smoked a lot of pot and most of these songs could be stoner jams. It can’t be denied that these compositions have that tripped-out sound that most San Franciscan musicians end up folding into their music. The jam bands that made this place famous and the micro-climates of this city breed a noodly and melty sound in the musicians that live here. Not to mention our conversations with people who worked with Patrick helped us learn how much the session musicians and jazz artists in the Bay Area influenced the sounds of 12-inch disco here. Undoubtedly Patrick worked with a lot of these session musicians and found inspiration from them. There is a foggy melancholy to this city, and it comes through in the music. Perhaps it was a premonition of the storm to come.