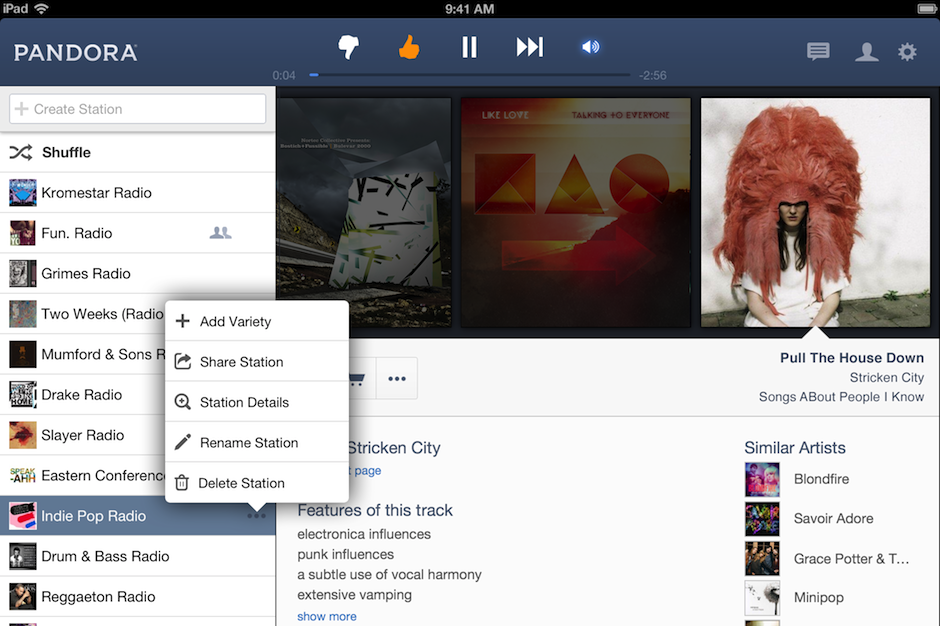 On the same day Apple launches its Pandora-like iTunes Radio service, the existing Pandora has plenty to celebrate. The streaming music provider has notched a courtroom victory in the ongoing back-and-forth over the fees it has to pay for songs. Seemingly unfazed by a little competition, the company has also revamped its app for, heh, Apple’s iPad. Nothing like a friendly little rivalry to get the creative juices flowing.

As Bloomberg reports, a federal judge in New York has honored Pandora’s request for a court order against the American Society of Composers, Authors, and Publishers. In January of 2011, ASCAP granted Pandora access to its entire catalog via a five-year “blanket license.” In the meantime, however, some powerful music publishers within the society pulled out to negotiate their own fees directly with Internet radio services. U.S. District Court Judge Denise Cote’s ruling means Pandora still has the right to stream those songs under the original agreement, with no additional fees. Unsurprisingly, Pandora cheered the ruling, while ASCAP said the court has yet to decide on “our fundamental position in this case that songwriters deserve fair pay for their hard work.”

At the same time, Pandora has redesigned its iPad app. According to a company blog post, “New features include enhanced playback and personalization, deeper music discovery and exploration, easy access to a personalized music profile, and the ability to connect and share music with friends.” Another enjoyable feature: the chutzpah of announcing a new app for tablets sold by a company that’s rolling out a competing service the same day. Well played, Pandora, well played. Your move, Google Play Music All Access streaming Internet radio service thingy.

As ASCAP and others continue to debate the amounts musicians receive from streaming services for their work, Pandora greets Apple’s arrival from what the Financial Times recently called “a position of strength.” It has a new CEO, Brian McAndrews, and stock has soared amid booming revenus. Apple had better be ready to rumble.